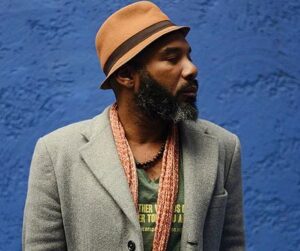 Anthony Joseph is a poet, novelist, musician and lecturer described as ‘the leader of the black avant-garde in Britain’. His written work and performance occupies a space between surrealism, Jazz and the rhythms of Caribbean speech and music. He is the author of four poetry collections and a novel The African Origins of UFOs. In 2005 he was selected by the Arts Council of England and Renaissance One as one of 50 Black and Asian writers who have made major contributions to contemporary British literature. He has received an Arts Council of England touring award, and an AHRC postgraduate scholarship to complete his doctoral thesis; a ‘fictional biography’ of the legendary Trinidadian calypsonian Lord Kitchener. In January 2015 he presented Kitch a BBC4 documentary based on his research.

He holds a PhD in Creative and Life Writing from Goldsmiths College and lectures in creative writing at Birkbeck College, University of London.