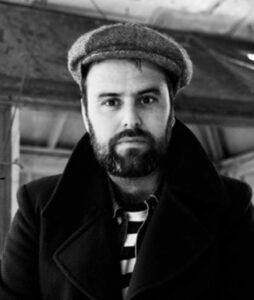 Ben Myers was born in Durham and lives in Calderdale, West Yorkshire. His last novel Beastings (2014) won The Portico Prize and the Northern Writers’ Award. Pig Iron (2012) won the inaugural Gordon Burn Prize and was a runner-up in The Guardian’s Not The Booker Prize. Richard (Picador 2010) was a bestseller and a Sunday Times book of the year.

As a journalist Myers writes about music and the arts for  New Statesman, the Guardian, NME, Mojo, Time Out and Vice.

His next book The Gallows Pole will be published in May 2017. It is the recipient of Roger Deakin Award.