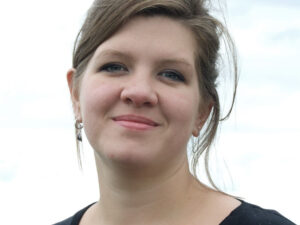 Jessie Greengrass was born in 1982. She studied philosophy in Cambridge and London where she now lives with her partner and their daughter. Her first collection of short stories, An Account of the Decline of the Great Auk, According to One Who Saw it was published by John Murray in 2015. It won the Edge Hill Prize 2016 and a Somerset Maugham Award, and was shortlisted for the Sunday Times PFD Young Writer of the Year Award. She is currently working on a novel.