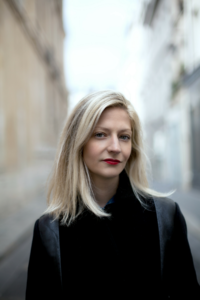 Lauren Elkin is a writer, critic, and translator. Most recently she is the author of Flâneuse: Women Walk the City in Paris, New York, Tokyo, Venice, and London (Chatto & Windus), which was a Radio 4 Book of the Week, and was selected as best book of the year by the Financial Times, the Guardian, the New Statesman, and the Observer. She is also the co-translator of Claude Arnaud’s biography of Jean Cocteau (with Charlotte Mandell, Yale UP), which was awarded the 2017 French-American Foundation Translation Prize. She lives in Paris.