David Vann – A conversation at the Word Factory 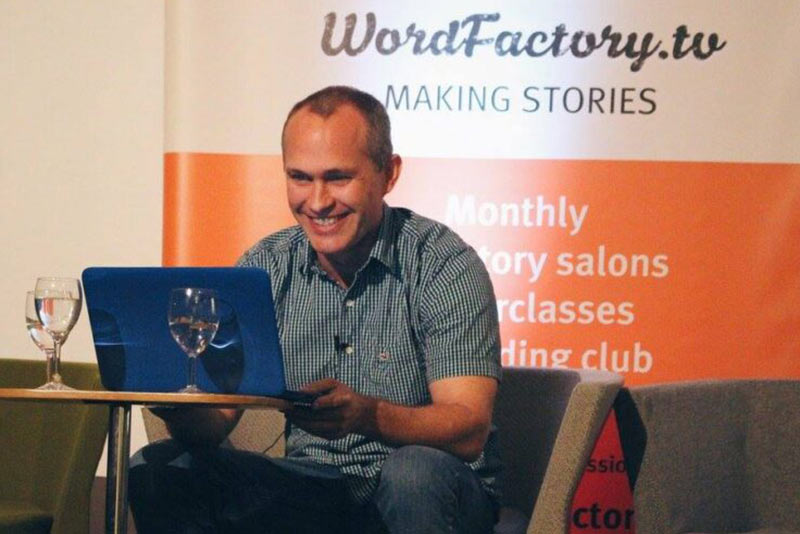 Award-winning novelist David Vann read at the Word Factory Salon from his latest novel Bright Air Black, published by Penguin. Told with luminous poetic prose, Bright Air Black is a re-telling of the Medea myth from the author who describes himself as a neo-classical writer. The novel sympathetically presents both Medea’s humanity and brutality, testifying to David’s interest in Medea as a terrifying threat left over from ‘the old world’.

Here David speaks with writer and critic Rebecca Swirsky at Waterstones Piccadilly about getting to the bones of language, reconstructing Egyptian sailing ships, demi-gods, the surprises he encountered when writing his previous novel Aquarium, and the influence of the Greeks in his literature.

Listen to the podcast…

This podcast was recorded by Robin J Harman.

Following the success of Aquarium, which was a New York Times Editors’ Choice and garnered numerous rave reviews, David Vann transports us to the thirteenth century BC to give a nuanced and electric portrait of the life of one of ancient mythology’s most fascinating and notorious women, Medea.

In brilliant poetic prose, Bright Air Black brings us aboard the ship Argo for its epic return journey across the Black Sea from Persia’s Colchis—where Medea flees her home and father with Jason, the Argonauts, and the Golden Fleece. Vann’s reimagining of this ancient tale offers a thrilling, realistic alternative to the long-held notions of Medea as monster or sorceress. We witness with dramatic urgency Medea’s humanity, her Bronze Age roots and position in Greek society, her love affair with Jason, and her tragic demise.

Atmospheric and spellbinding, Bright Air Black is an indispensable, fresh, and provocative take on one of our earliest texts and the most intimate and corporal version of Medea’s story ever told.

If you enjoyed this, why not listen to our conversation podcasts with Neil Gaiman, Tobias Wolff and Lionel Shriver?