Death, Life, and Lots of Other Things 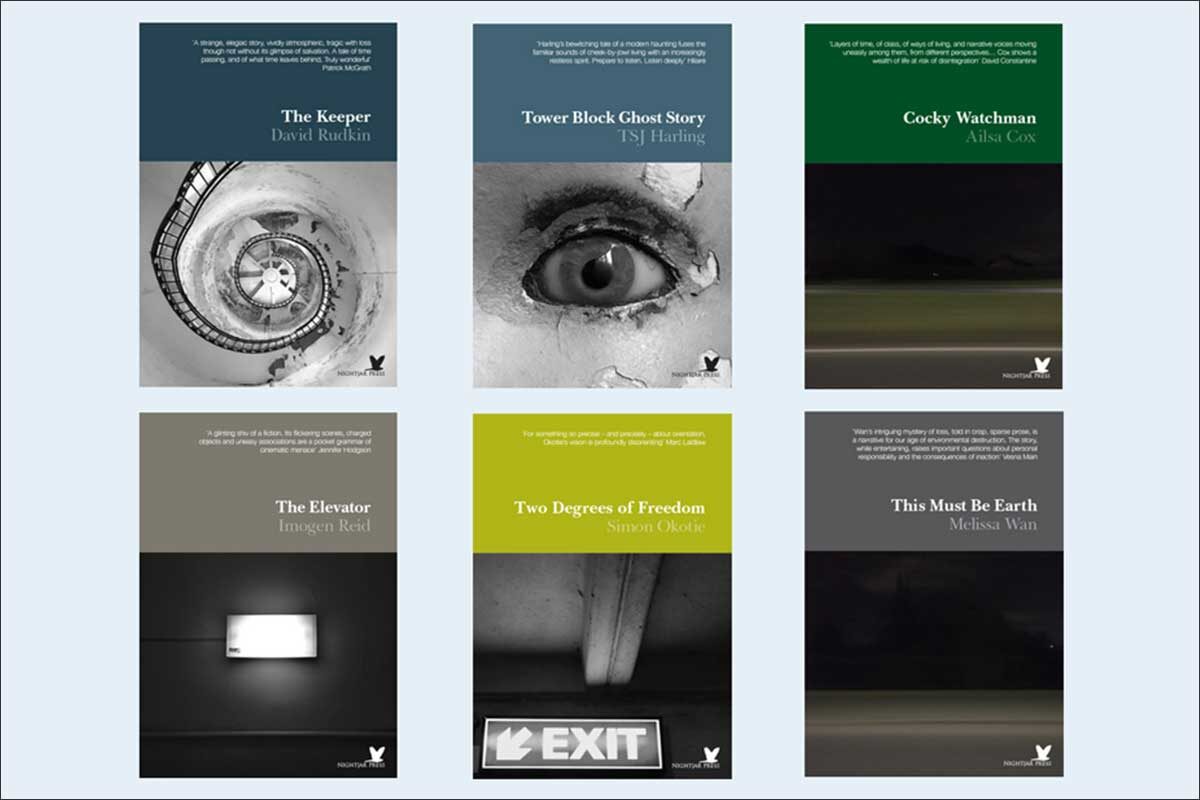 Nightjar stories have a distinctive flavour: atmospheric, uncanny, and open-ended. These six stories are written in a pleasing variety of styles, offering fresh and surprising insights into mortality, time and existential terror.

…a space to which he was in the process, he hoped, of emerging, if not escaping.

At first, I thought the title of ‘Two Degrees of Freedom’ was a wonderful counterpoint to the experience of claustrophobia I was having while reading this story. By the time I got to the end, the big clue contained in ‘two degrees’ became apparent. The precise and rational language measures a small space in which the narrator (and reader) are trapped. The descriptions of confinement go on and on, branching off in uncontrollable directions, yet getting no closer to an exit or sense of meaningful progress.

What to make of it? I felt it was touching on how, despite our big brains and their astounding abilities, we can never think ourselves into wider spaces, can never escape the limits of our own, restricted rationality/perception, to truly comprehend the universe (except, perhaps, spiritually?). Trying will only lead to endless, exhausting iterations which do nothing to free us from ourselves. The story reads like someone trapped in a coffin, fruitlessly measuring it to escape, or perhaps to distract themselves from their unavoidable demise. A metaphor for death, life, and lots of other things. Existential terror at its finest.

‘This Must be Earth’ by Melissa Wan

He didn’t want to say the moon was gone, exactly, he just hadn’t seen it for a long time.

Something vital is missing from the sky, and not many notice it. This atmospheric story is told through the eyes of a narrator whose life feels small and futile. Filled with other people’s expectations, he is unable to achieve the life that was planned for him or develop one of his own. All he does is watch from a distance, waiting to see what will happen, unable to effectively communicate his observations. Unlike in ‘Two Degrees of Freedom’, I felt this was largely due to his own inability to respond and adapt to change, and his lack of the courage needed to transcend his limitations.

At the same time, the story is also a metaphor for the immense powerlessness human beings feel at our inability to save the world when it’s all going to shit, and for how we pretend not to see the big problems, naively hoping they will simply go away.

‘The Keeper’ by David Rudkin

What sleep can there be for who I am? For I begin to know what it is, that darkness I become between my times of seeing.

A thoroughly creepy and disorientating story. It goes round and round as the narrator tries to understand who he is and what the hell he is doing. And did. Beautiful, poetic prose with repetitions that worked wonderfully, reinforcing the narrator’s circling thoughts, that, nonetheless go in a spiral and do finally reach an astonishing and frightening conclusion.

If you’re hoping for a life after death, this story might persuade you otherwise.

…and if the flames turn against you what will you do?

A cab ride home sets off a circular journey into the past. Cities move on, things change, but universal constants, fire in this case, remain and connect. An evocative exploration of a changing neighbourhood and a changing Liverpool. Same emotions, different times.

The story explores how the past shifts and changes like a flame, depending on who is telling the story. It’s about how it’s not always possible to separate myth from reality as they feed on and create each other; how humans are simultaneously mundane and magnificent, heroes and anti-heroes; and how we can’t escape from fate and time, no matter how hard we try.

She wanted attention. I would need to give it to her.

A traditional ghost tale of haunting and exorcism in a modern setting, with modern themes. An insistent ghost who won’t be ignored, unanswered questions that demand answers, and hidden darknesses waiting to be revealed. A story about the pressing social issues of our times. Unlike in the past, if we try to ignore them, they will stand up for themselves and refuse to go away.

‘The Elevator’ by Imogen Reid

…above your head a large ceiling fan rotates, cutting through the cool air, splicing one moment in time with another without observing the conventions of continuity, or the timeline preferred by chronology.

Another disorienting story whose scenes move backwards and forwards in time using the literary equivalent of film transitions. Which version (really) happened? And, like in ‘Two Degrees of Freedom’, will you ever escape? Symbols and objects mutate; in every scene, their meaning changes. Clues promise answers, then vanish. The lush descriptions, cinematic imagery and heightened tension immerse you in the mystery, terror and confusion. Vivid, hallucinogenic writing that creeps up your spine and makes you glad it’s not really you in the elevator. At least, that is, once you’ve finished reading it.