Ian Sansom on funny writing: ‘there are as many types of humour as there are people’ 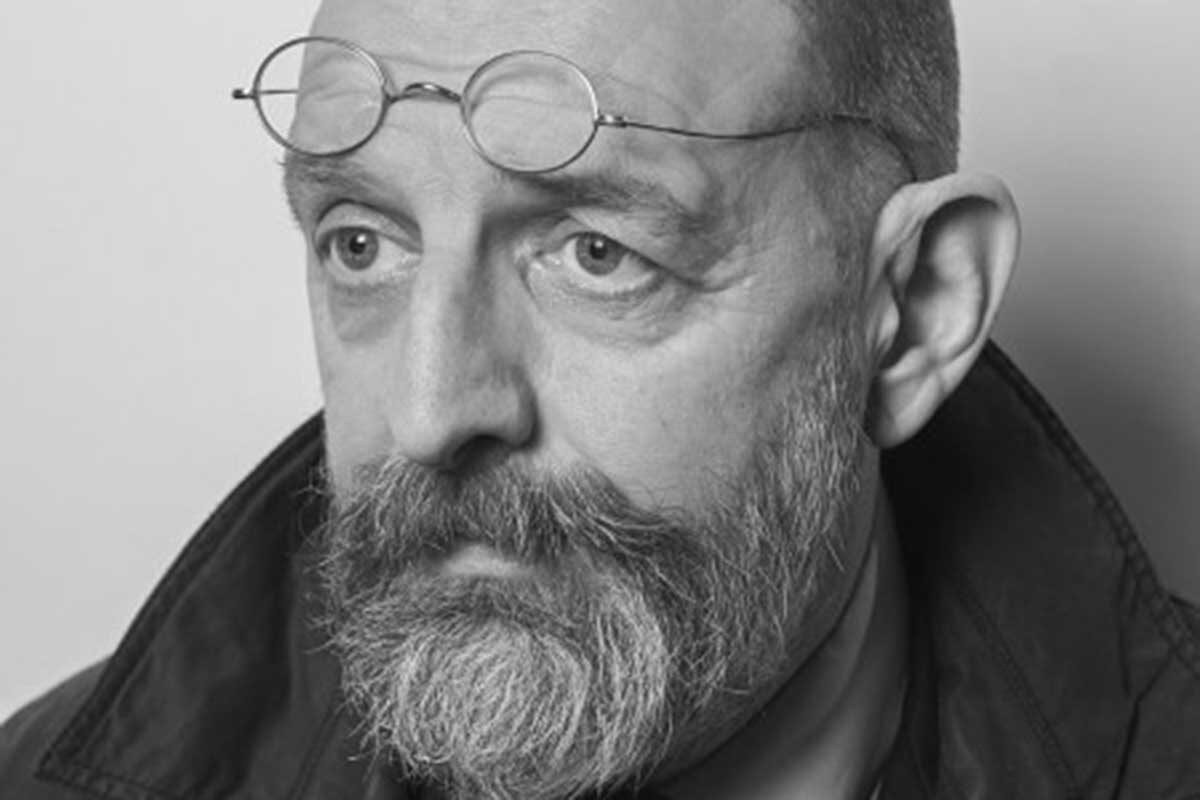 Ian Sansom is the author of the celebrated Mobile Library Mystery series. Word Factory Apprentice Award winner Giselle Leeb interviews him about humour writing, dark jokes and whether you can teach someone to be funny.

Do you follow some sort of formula when trying to be funny, or just let the humour roll and hope to connect to an audience?

Oh, gosh, well … I’ll be honest, I’m not conscious of ever trying to be funny. I’m not conscious of ever trying to be anything. Trying to be anything is always rather trying, isn’t it? And trying to be funny — that’s the worst of all, like on a tv or radio panel show, when people sort of deliver their little bits and you just think … ugh. And as for a formula — if only there were a formula. I suppose there are tricks and devices — certain forms of delay and repetition and reversal, things like that, certain patterns and habits that one can learn.

But I think a lot of it’s got to do with one’s tone, which can be very difficult to learn to manage, or to imitate — or indeed to alter. It’s to do with the subtle inflections, the little ornamentations — or the lack of ornamentation. Also, for me it has little or nothing to do with connecting with an audience. I’m not really interested in connecting with an audience. Which, thinking about it, is maybe where I’ve been going wrong …

How do you teach somebody to write humour?

I don’t think you can teach someone to write humour, any more than you can teach them to write anything else. (Actually, there are certain kinds of writing you can teach: report writing; certain forms of technical writing; poetry.) But I think you can teach people how to attend to examples of humorous writing, examples that they might then wish to emulate — or avoid. You can certainly teach imitation — a few basics. Like scales and arpeggios. And then it’s up to the individual, once they’ve got the basic fingering, and they can safely locate the middle C with their belly button.

A Huffington post article says that there are nine types of humour, although other articles disagree. How would you describe your own brand of humour?

G*d, if only I had a brand of humour — I’d be flogging it like hell. Like David Mitchell or David Sedaris. They’re identifiably funny, aren’t they — I mean, funny in identifiable ways. Nina Stibbe — she’s funny. Marian Keyes. There’s a short story writer, June Caldwell — superb. There are probably as many types of humour as there are types of people.

But let me think again. My brand of humour? Nope. I’ve got nothing.

A survey by scientists at the eHarmony dating site found that dark humour was the least popular type of humour. I find this hard to believe! What are your thoughts on this, and what do you think qualifies humour as dark?

I can certainly understand why people looking for a potential partner or date might not be looking for dark humour — no one wants a night out with Joaquin Phoenix as the Joker. Actually, probably some people do want a night out with Joaquin Phoenix as the Joker. I think comedy often involves standing outside a situation, regarding it askance or from a distance, and that kind of scepticism and regard is maybe not that attractive on a first date — I don’t know, I haven’t been dating enough recently to find out, though I think it’s probably the case that some kinds of dark humour might be inimical to the sharing of innocent joys and pleasures …

As for what qualifies exactly as dark humour … I think dark humour probably has a necessary relationship with suffering and disenchantment — you know, Kurt Vonnegut-type humour, laughter at the foot of the cross. Vonnegut quotes — misquotes? — a joke of Freud’s somewhere, I can’t remember where, but it’s a fine example of dark humour. A man is about to be hanged and the hangman says, ‘Do you have anything to say?’ And the condemned man replies, ‘Not at this time.’ That’s dark humour.

Did you intend to start writing humour, or did it happen spontaneously?

Alas, nothing has ever happened to me spontaneously.

What are your favourite funny books?

For funny ha-ha I think Wodehouse is hard to beat. The audacity — he’s the English James Joyce, P.G. Wodehouse. Jane Austen I’ve always found hilarious. It’s the rhythms in Austen, the bathos: she’s the greatest rhythmic writer in English; tremendous rhythm. Etgar Keret, the Israeli short story writer — I’ve read everything of his. He’s funny. And the Czech novelist Bohumil Hrabal. A lot of the old Czech stuff is funny. Nina Stibbe I think I mentioned. And Deborah Ross, who writes about film in the Spectator — she’s brilliant. Roz Chast’s cartoons. Miranda July. Stella Gibbons. My mum — she’s absolutely hilarious. She hasn’t written a book, though. If she did, it’d be great. A deadpan classic.

What was the inspiration for your Mobile Library series character, Israel?

You mean Israel Armstrong, the nebbishy Jewish vegetarian librarian who ends driving a mobile library on the north coast of Northern Ireland? I have no idea. What was it Flaubert said? Madame Bovary, c’est moi?

You plan to write forty-four novels in total for your County Guides series, and you have thirty-nine to go. Do you think you’ll finish?

No chance. But a man’s reach should exceed his what have you, and all that.

Giselle Leeb grew up in South Africa and lives in Nottingham. Her short stories have appeared in over thirty publications including Best British Short Stories 2017 (Salt), Ambit, Mslexia, The Lonely Crowd, Black Static, and other places. She has placed and been shortlisted in competitions including the Ambit, Bridport and Mslexia. She is a Word Factory Apprentice 2019 and an assistant editor at Reckoning Journal.
http://giselleleeb.com
Twitter: @gisellekleeb