Review: The Girls are Pretty Crocodiles & Other Fairy Tales by Angela Readman 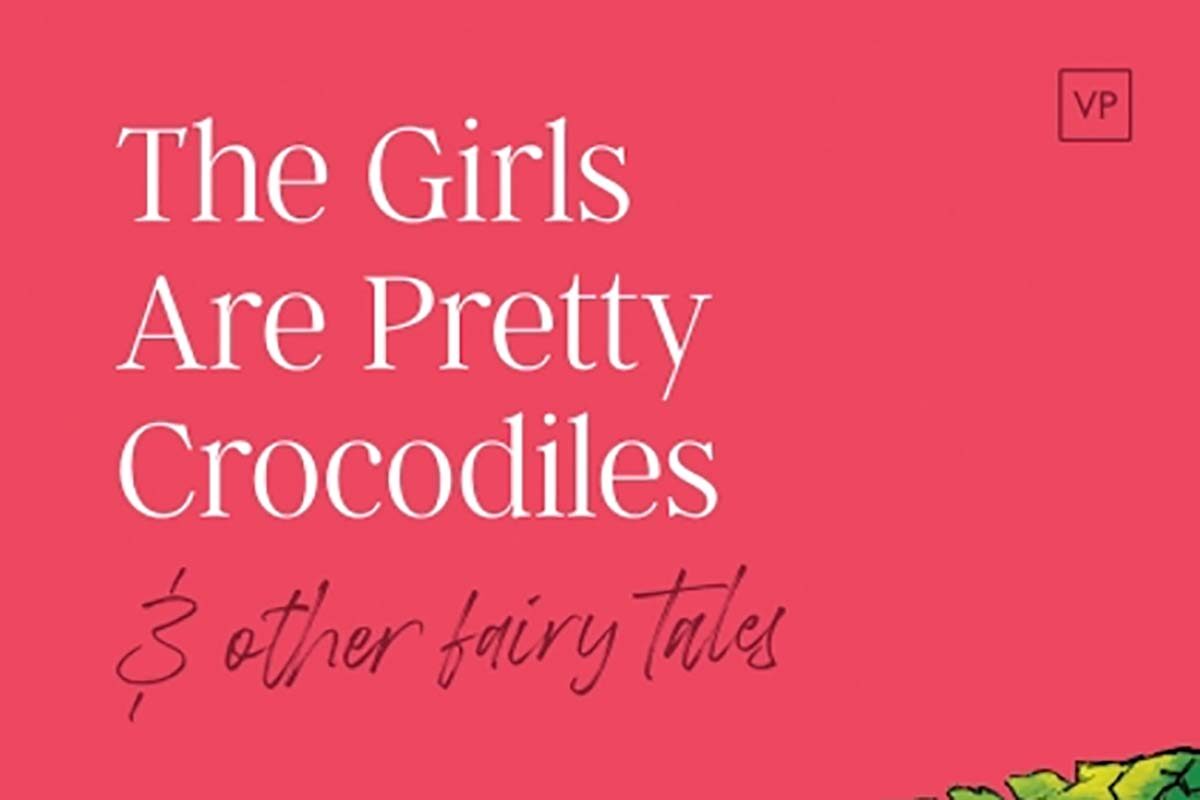 The title of this collection, taken from one of the stories in the book, was enough to pique my interest in its contents. Angela Readman’s writing has long been on my radar – I regularly turn to her stories when teaching short fiction. Her debut short story collection Don’t Try This at Home (published by And Other Stories in 2015) won the Rubery Prize and was shortlisted for the Edge Hill Prize. Her story ‘The Keeper of the Jackalopes’ won the Costa Short Story Award (2013). To readers of this collection, it will come as no surprise that she is also a poet (her collection The Book of Tides was published by Nine Arches in 2016). Readman has a way of bending words into new shapes, of writing stories that feel old and yet new, of creating characters and situations that perfectly express what it means to be human. Few writers have a writing style that is so distinctively theirs.

The Girls Are Pretty Crocodiles showcases the best of Readman’s work. Though the stories cover diverse themes, they all engage with fairy tales – often subverting them in a deliciously dark way. Along with longer stories I was pleased to see Readman’s flash fiction threaded through the book. The collection opens with ‘What’s Inside a Girl’, a startling magical realist coming-of-age flash that lands on a perfect last line. ‘The Nightlife of Wives’ is a gorgeously surreal story about a woman who invites strangers into her house while her husband sleeps, and the brilliantly named ‘Other Shit Rumpelstiltskin Did’ is a wild and breathless ride about breaking the mould. This playfulness is also apparent in ‘Davy Crockett is Just Fine’, where a mother and child break into Davy Crockett’s cabin at the Cowboy Town theme park to spend some time with the eponymous cowboy. Another personal favourite, ‘Let’s Make Sounds Like Water’, is about a young woman who encounters the six-year-old version of her mother sitting cross-legged beneath the kitchen table. This is the very best of flash fiction – delivering a mighty emotional punch in just two pages.

Readman has an enviable imagination: in her stories, humans become horses, mermaid mothers yearn to return to the sea, and the perfect guy turns out to be an Action Man figurine made real. I was especially drawn to the stories about outsiders. Her tales about characters who long to be transformed into their most true, authentic selves, are among the most resonant in the collection. ‘The Story That Was Never Told’ is a moving tale about an illiterate widow Greta, who invents stories to impress the story scholar Jacob (who we assume to be one half of the Brothers Grimm). This is a story about unrequited love, but it’s also a story about a woman whose potential goes unrecognised. As a writer, I found the idea of a woman with stories to tell but no means to share them unbearably poignant. ‘Fishtail’ also stood out – another story about yearning and loss. This time, a husband and child mourn the repeated departure of their mermaid wife and mother: ‘My mother is half gone, no more than a few skirts in the closet, strands of hair in a brush on the dresser, and scraps of lace in her button jar like foaming water. We lose her over and over’. Each time the mother returns to live with them, she has to learn how to be a person again. The theme of accepting the otherness of the people we love is picked up again in the beautiful ‘Swimming with Horses’, where the enigmatic Kiera says of her unborn child, who she knows will be different: ‘Can you imagine it though? Walking when he could be swimming? Never feeling he’s in the right place. I’ve spent my whole life that way.’ Another story about humans transforming into animal versions of themselves, ‘If He was a Bird, it Would Be a Songbird’, tells of a young woman who resists being pinned down by marriage. Even when she decides to sacrifice a part of herself for the sake of her fiancé, she finds the lure of the skies too difficult to resist.

Readman explores humans and their wild, animal selves throughout the collection. A lighter take on this theme is ‘Orangutans and Other Animals’, where people take on humans in animal suits as pets, while the title story, ‘The Girls Are Pretty Crocodiles’, follows a group of girls whose belief in the tooth fairy is temporarily shattered, then magically rebuilt. There’s a fiery feminism bubbling under these stories, which I loved. Several of them subvert traditional folk tales, such as the cleverly structured ‘Way More Than Three Bears’, and a sassy take on the fairy godmother character in ‘Twelve Steps for Godmothers’. And then there is the deliciously dark take on Little Red Riding Hood’s grandmother in ‘Pelt’, while Hansel and Gretel gets a sinister Readman makeover in ‘The Night We Killed the Witch’. Readman doesn’t deal in stereotypes – she smashes them left right and centre. The stories in The Girls are Pretty Crocodiles are written in prose that bends in unexpected ways, and they are peopled with characters whose particularity makes them feel real, even when their worlds are distinctly magical.  This is a masterclass in playful, inventive storytelling – a collection to read from cover to cover before diving back in for a second helping.