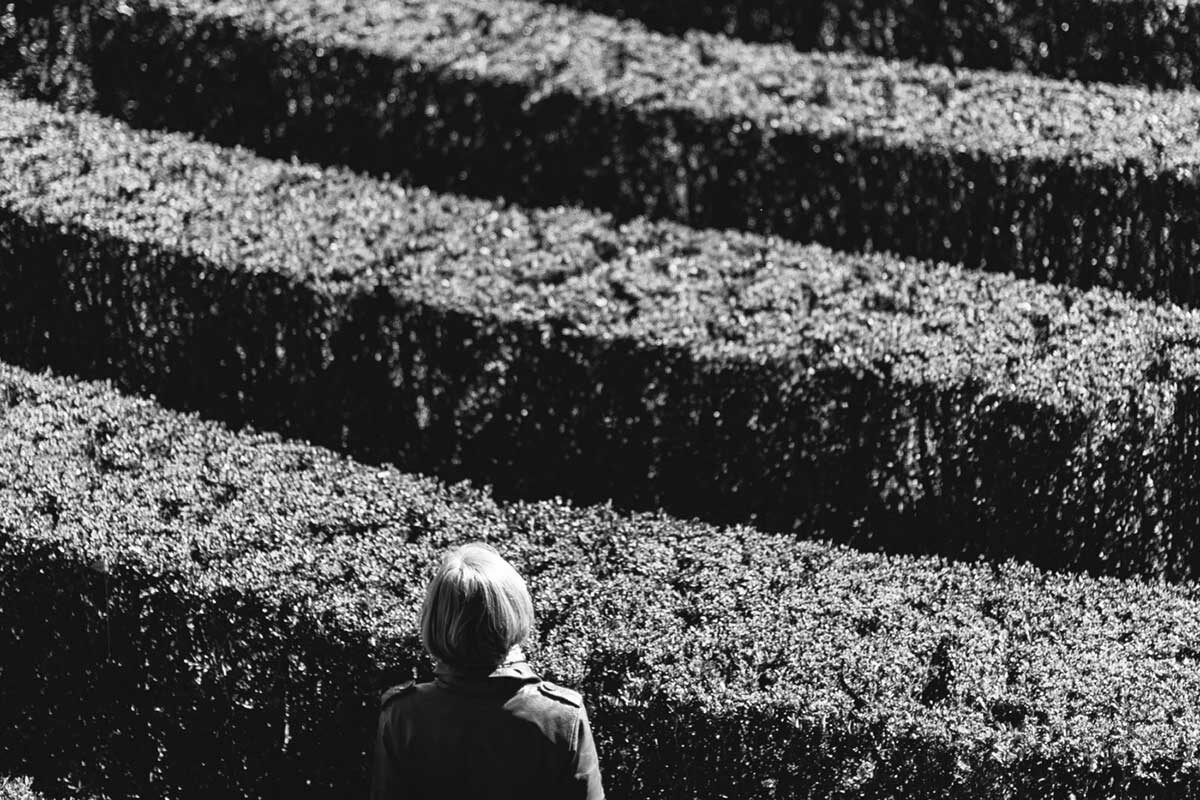 ‘Outsiders’ depicts people on the fringes, living in memories, unable to gain a purchase in their cities, homes and relationships. The characters find ‘comfort in the small’, or turn to walking the city at night, most voyeurs, grasping at others’ happiness through a haze of drink, drugs, and huddles of strangers.

The stories explore a detachment from the natural rhythms of life, whether in terms of a distance from a matronising grandmother, who peels an orange as a gift; a swimmer taking refuge in a poolside changing room; women who shared a bed for forty years ‘not like that’, and another who seeks out a sexual partner to bite. Alice Slater has arranged a collection that reveals people who feel unsuited to their worlds, some finding a way to assert control while others can only hope for friendliness.

In ‘Distraction’, by Stephanie Victorie, a street photographer who is ‘used to shrinking [has] become excellent at slipping through walls’. She sees the ghosts of her past relationships as she walks at night the streets of London.

We created a world around us that was beautiful, taping up pretty things on the inside walls available with dirty plasters.

The unhealthy permeated her relationships — her boyfriend Dan lacked emotional depth and her best friend Anna wept at her birthday party where her ‘friends had seen too much of her for one night’.

She bonded with Anna at university,

We wanted to intoxicate; we wanted to fuck with ourselves and anyone who felt like us- without the spotlight.

Now she moves alone undetectable through the streets at night taking ‘comfort in the things I am able to see from a distance’ damaged, seeped in grief, and adrift form the world that she vainly attempted to lunge into.

Both ‘Walker’ by Anna Walsh and ‘Francine’ by Anna Wood focus on a woman who enters others’ social gatherings and is accepted into their circles: one a Glastonbury tent circle, the other a group of drunk couples in a late-night bar. They are spoken to, provided with drinks, and secrets are shared, yet their positions are temporary — the carnivalesque allowing them brief admittance into a world they watch and smile at.

In ‘Interval Training’ Anna has stopped running and now swims; she is highly anxious yet a dark humour runs through the story.

Anna chooses to swim in the mixed baths,

Individual changing rooms lined the side of the pool. They had heavy wooden doors, which covered you from neck to shin…you had to be careful not to squat.

Walsh precisely explores how ‘despite the total decrepitation of her body and face’ she is still talked to by men in her breaks.

She was grateful for the attention and only slightly afraid.

Walsh gently teases out the possible reasons for Anna’s anxiety. She disturbingly reveals,

She used to worry a lot about getting murdered. I hope I don’t get murdered, she used to think…

The pool is a metaphor for life. Anna knows how to swim, how to train, and take breaks; yet she coaxes herself to leave the changing room and eventually curls up and stays within it. The sexual undercurrent and threat of violence portrays a menace that is pertinent.

In ‘But Not Like That’ the protagonist is selling her family farm as her friend, whom she shared a bed with for forty years, has died. She tells how when she inherited the farm,

It was acknowledged that I would want a man to share the labour and the bed.

Her refusal of a local suitor leads to tormenting, and an isolation reminiscent of Shirley Jackson’s , ‘We Have Always Lived in the Castle’,

Men in the village would sometimes walk up the track to the farm at night. Sarah and I would lie in bed with our eyes shining like moons listening as they’d circle the property drunk; rattling barn doors…tapping at the sitting room windows, making sexualised sounds in high pitched voices.

Their intimidation disturbingly representing how society can brutally turn on people who do not conform to the expected societal norms.

In Sarvat Hasin’s ‘The Lady’s Not for Burning’, Lubna has moved into her new husband’s house She finds the old furniture and garish colours distasteful and embarrassing while her husband cherishes the place.

A pale creeping yellow wallpaper in the kitchen and living room.

and, in part, mirrors the structure, to suggest the husband sees his wife’s haunting as madness.

The narrative perspective switches to the ghost of the previous owner who hates Lubna as much as Lubna hates the house. The ghost, however, appreciates the husband’s love for her home so sets about punishing Lubna only. Perhaps a comment on how some women in previous generations upheld the patriarchy.

Lubna understands what is happening to her and as her husband will not listen she devises a fiery solution to the problem, and in turn, metaphorically, the patriarchy.

‘Peep Hole’ by Leone Ross sees a man wake up in his lover’s bed after she has left for work. He seems weakened and lacking in power while his lover is strong and dominant.

Ross subverts the trope of a mistress waking in her lover’s bed then exploring his personal space after he has left for work.

She furthers his vulnerability as he recognises that his lover does not love him,

She has no interest in his heart. It’s taking him several months to accept this that there will be no yearning for him

He believes he has reached an understanding,

It was necessary to forgive a woman for not loving you even when you fucked her well because otherwise things curdle and rotted and howled.

With the luxury of not needing to leave in a hurry, as his wife and children are on a Portuguese spa retreat, he looks for the coffee his lover said she would leave for him. He finds no coffee but rather he sees a woman outside on the other side of the door; he is naked in the hallway. The woman remains there. He can watch her through the peep hole and vainly tries to determine why she is there. He considers whether she is a spy sent by his wife, or perhaps she is a manifestation of his guilt. His reality slips and the narrative becomes contradictory until his lover finds him on her return home.

It is a beautifully realised tale that explores female power and sexuality, in a refreshing way.

‘Outsiders’ brings together stories of women freed from the sexual politics of their parents’ generation, yet who are scared to exercise alone; who use men for sex and not love, and watch others, unable themselves to connect meaningfully. They push against the social rules and break them, bite them, or self-destruct slowly. It is a rich and troubling collection — a post-feminist quagmire of unhappy souls unable to find a place in their worlds.