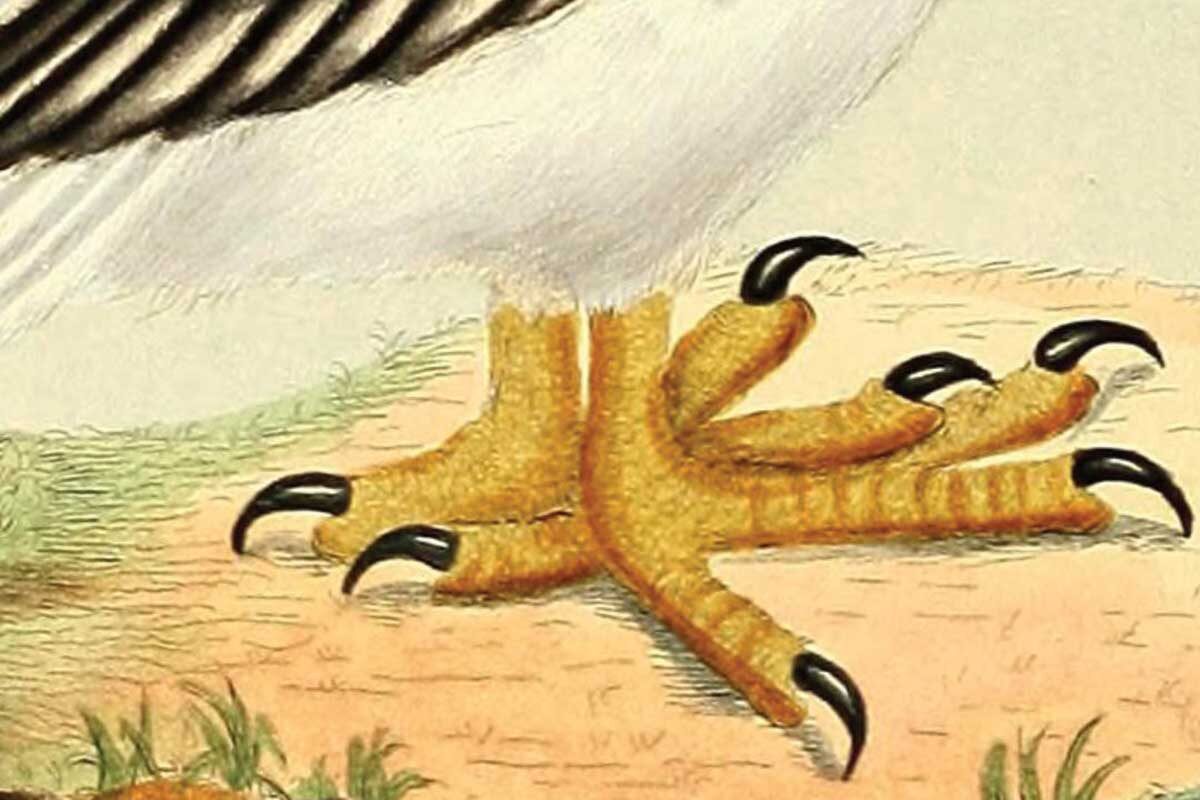 RZ tumbled onto Zoom with a diet Pepsi in hand and a glint in her eye. “I’m hungover,” she said, “so you have to be sympathetic if I talk complete nonsense.” Nonsense could not be further from the ninety minutes RZ shared with me. Her holistic world view, inhabited by constant connections between story, mystery and everyday life, is deeply compelling. Clearly someone who inhales culture — from literature to film to art and music — RZ entwines references throughout our dialogue. After winning the 2021 White Review Short Story Prize with ‘The Chicken’, RZ is no exception to their rule of publishing bold and brave new writing. She has just become one of twelve writers to receive the PEN emerging writers prize. RZ was recently signed by prestigious literary agency RCW.

Q: Congratulations on winning the White Review Short Story Prize. How did you feel when you won?

A: Astounded. ‘The Chicken’ is the first story I’ve ever written that I felt happy with, but I was still thrown by the fact that other people thought it was good. The White Review has always been ‘the one’ for me, because they really do publish innovative, bold, surprising new writing. So, when I won, I was bloody excited. I felt, for the first time: here’s a space that can contain the multiplicity and complexity and absurdity of my experience. I’m a brown woman and a child of immigrants from a working class background, and I’ve always felt that people expect a certain kind of writing from someone who looks like me. More explicitly, I’ve felt that experiments in fiction and style aren’t something that people want from the ‘BAMES’. But winning this prize told me to carry on doing what I’m trying to do. It feels good.

Q: ‘The Chicken’ feels very visceral and bodily, do you consciously write from the body?

A: I want to feel free when I write. In the community I was brought up in sex and bodies are taboo. It’s the shame that comes from having a body that I wanted to write myself out of with that story. But more broadly, a hyper-awareness of how mysterious and disgusting bodies are is part of why I write. I remember going on a school trip to the Millennium Dome back in 2000, before the project was abandoned. There was an exhibition called ‘Inside the Body’ and the centre of this huge red space was a massive pulsating heart. I remember feeling horrified and crying because I didn’t want that inside me. I couldn’t imagine having blood and guts and veins. So I’ve always felt embarrassed of having a body and the things inside me I can’t see or know or touch. I think that does come from this cultural background of shame: cover it up, don’t look at it, don’t talk about it. So, to move past that horror at the beginning of 2021 I underwent a shamanic initiation that centered on connecting to the body and feeling. A lot of it was simple exercises that focused on sound, breath, and movement. A huge part of my creative process now is about being in the body and feeling through it.

Q: So writing is a cathartic experience for you?

A: Partly. I make a conscious decision to write about things that I fear. So for instance, I’ve always felt uncomfortable eating meat: I’m vegetarian now. But when I was a kid, I wasn’t allowed to be. My parents would say: “No, you’re gonna eat what’s put in front of you.” They were deeply religious and their point of view was God created animals for us to eat them. It was always this massive, fraught thing for me: this feeling that I was going against something huge. I made a connection between fear of eating animals’ bodies and fear of my own body, so that story came out of that experience, and I guess it was cathartic.

But I often have no idea where a story has come from, or where it is going. A lot of the time, writing is full of disruptions and interjections, images and words that come from nowhere that can propel a story beyond catharsis, into something that’s revelatory in some way.

And there’s no catharsis or ‘laying to rest’ in writing things at all sometimes, often what actually happens is that questions are asked but not answered, or feelings are explored, but not resolved. So it’s as much an emotional release as it is an emotional stimulation.

Q: ‘The Chicken’ is such a visual story. Can you explain how visual imagery inspires you?

A: I often see ‘a picture’ in my head when I get an idea for a story, and then I write to capture the feeling of that picture. These images are often absurd or ‘off’ in some way, and then I go about seeing why, what’s going on here, where’s the emotion. I find colour very moving. And I’m also very interested in symbolism. Some of my favourite artists, Marc Chagall and Roy Anderson for example, are very good at using both to create strange mysterious effects in their work.

A: One writer I want more people to take notice of is Sadeq Hedayat. He was an Iranian writer whose short story collection Three Drops of Blood is experimental and uncanny. I enjoy how he brings aspects of Muslim culture into modernism. Leonora Carrington and Angela Carter are huge influences. They both make the ‘darkness visible’ within the seemingly innocent and everyday, and amazingly, do that while being very funny and very surprising. Anna Kavan is another huge influence, but her work is darker, stranger, more frightening and unnerving I think than the others. Growing up, the Russians were a huge influence and I still love them for their commitment to the so called ‘eternal questions’ of God and Soul and how to live etc. But underlying all my literary interests is a love of Jung and the Jungian facsination with myth and dream and fairytale.

Q: Food and cooking are major components of the story. Do you cook? What is the importance of food to you?

A: I love cooking, and I feel it’s an important way to reclaim elements of my culture on our own terms. I use old recipes but remake them my way. Looking at patterns of migration from Pakistan and Bangladesh, most came to this country to work in factories and restaurants. For these communities food is a way to have some value in British society, but also to remember home and connect to each other. In the story, cooking is the thing that both Aunt and Uncle can do. I was intrigued by that as a sort of space for creativity and agency for both of them. But there’s an oppressiveness to it too: there’s this constant killing and preparing and eating and clearing away involved with food. Aunt cooks and Uncle cooks and that’s all they do really. And that’s the totally of what they’re allowed to do in the world of the story, and perhaps also, in society at large as immigrants.

Q: Here at Word Factory, we’re all about the short story. Do you have any advice to our budding short story writers?

A: Yes, lots of advice! Making any kind of art, I think, is an audacious thing to do. You have to believe that you’ve got something to say firstly, and then secondly, that you have the right to say it. I found that paralysing for a long time because I guess I didn’t feel like I had a right to say anything. I’d try, and because it didn’t look or sound right on the first or second attempt, I’d lose heart. For years and years I didn’t write, and felt really depressed about that. But those years were great. I read a lot, I lived a lot and accidentally figured out what I wanted to write. So just be very kind, go slow. Don’t expect to have all the answers before you sit down to write. Don’t worry about what will happen if you write something bad. Revise, revise, revise. And then when you’re ready, share it with someone and expect it to change again, be open to it not being done. Try to enjoy the process.