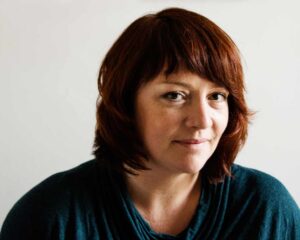 Eimear McBride is the author of two novels: The Lesser Bohemians (winner of the James Tait Black Memorial Prize) and A Girl Is A Half-formed Thing (winner of the Baileys Women’s Prize for Fiction, the Kerry Group Irish Novel of the Year Award, the Goldsmiths Prize, the Desmond Elliott Prize and the Geoffrey Faber Memorial Prize). In 2017 she became the inaugural Creative Fellow at the Beckett Research Centre, University of Reading, and she occasionally writes for the Guardian, TLS, New Statesman and the Irish Times. She lives in London.

Found on the web at: eimearmcbride.co.uk/