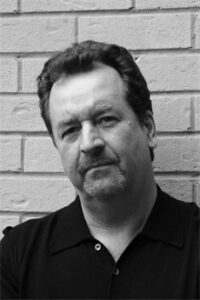 Chris Paling has published 9 novels, the latest of which was Nimrod’s Shadow (Portobello), which earned him a place on the Fiction Uncovered list. He also writes short stories for various publications. The Red Car was longlisted for the inaugural Sunday Times Short Story award. Earlier this year Radio 4 broadcast 3 of his stories in a series called “Words and Music”. He is also a playwright. His play “the Final Test” toured for three months last summer. After thirty odd years as a Radio 4 producer he has now given up the daily commute between Brighton and London and tries to spend as much time as possible writing. Sadly, having more time and space to write, has caused a severe decline in his output. He has, however, just completed his tenth novel. He is unique in that he remains the only living British writer never to have been longlisted (or, indeed shortlisted) for a major (or minor) literary prize.