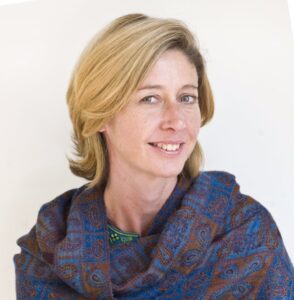 Christina Lamb is one of Britain’s leading foreign correspondents and a bestselling author. She has reported from most of the world’s hotspots but her particular passions are Afghanistan and Pakistan which she has covered since an unexpected wedding invitation led her to Karachi in 1987 when she was just 21. Within two years she had been named Young Journalist of the Year. Since then she has won numerous awards including five times being named Foreign Correspondent of the Year and Europe’s top war reporting prize, the Prix Bayeux. She was made an OBE in 2013. In 2016 she won the Foreign Press Association award for Feature of the Year for reporting on the Chibok girls in Nigeria and in 2015 Amnesty International’s Newspaper Journalist of the Year for reporting from inside Libyan detention centres. Currently Chief Foreign Correspondent for the Sunday Times of London, her postings have included South Africa, Pakistan, Brazil and Washington and she has recently reported on the refugee crisis across Europe and the Yazidi women enslaved by ISIS in Iraq.

She has written eight books including the bestselling The Africa House and I Am Malala and is a patron of Afghan Connection and on the board of the Institute of War and Peace Reporting. Her latest books are Farewell Kabul; From Afghanistan to a More Dangerous World and Nujeen; One Girl’s Incredible Journey from War-torn Syria in a Wheelchair.