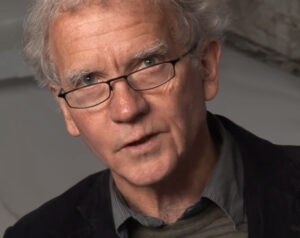 David Constantine, born 1944 in Salford, Lancs, was for thirty years a university teacher of German language and literature. He has published a dozen volumes of poetry (most recently – 2014 – Elder); two novels, Davies (1985), The Life-Writer (2015); and five collections of short stories. He is an editor and translator of Hölderlin, Goethe, Kleist and Brecht. For his stories he won the BBC National and the Frank O’ Connor International Awards (2010, 2013).The film ‘45 Years’ was based on his story ‘In Another Country’. With Helen Constantine he edited Modern Poetry in Translation, 2003-12