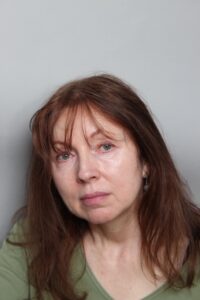 Deirdre Shanahan has short stories published in several journals in the USA including, ‘The Massachusetts Review’, ‘The Southern Review’, ‘The Cimarron Review’, and ‘Iowa Woman’. In Ireland and England my work has been published in ‘Writing Women’, ‘Paris Atlantic’, ‘Passport’, and anthologised by Serpent’s Tail, Biscuit Publishing, Fish Publishing edited by Joseph O`Connor, Honno Press edited by Michele Roberts, ‘The Phoenix Book of Irish Short Stories’, and New Writing from Vintage. She has won the B & I / Irish Post Competition judged by Shane Connaughton, as well as shortlisted for the Asham Award, Spread the Word Award, Elle Magazine, Mslexia competition and the Paris Review Novella Prize. She has also won an Eric Gregory Award, had a play broadcast on RTE, Ireland and won a bursary from Arts Council England for fiction.

Found on the web at: www.deirdreshanahan.com