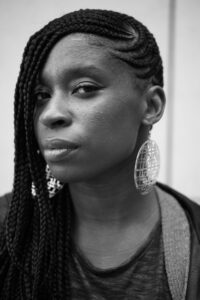 Irenosen Okojie is a Nigerian British writer. Her debut novel Butterfly Fish won a Betty Trask award and was shortlisted for an Edinburgh International First Book Award. Her work has been featured in The New York Times, The Observer, The Guardian, the BBC and the Huffington Post amongst other publications. Her short stories have been published internationally including Salt’s Best British Short Stories 2017, Kwani? and The Year’s Best Weird Fiction. She was presented at the London Short Story Festival by Booker Prize winning author Ben Okri as a dynamic writing talent to watch and featured in the Evening Standard Magazine as one of London’s exciting new authors. Her short story collection Speak Gigantular , published by Jacaranda Books was shortlisted for the Edgehill Short Story Prize, the Jhalak Prize, the Saboteur Awards and nominated for a Shirley Jackson Award. She was recently inducted as a fellow of the Royal Society of Literature as one of the Fourty Under Fourty initiative. Her forthcoming books Nudibranch and Curandera have been signed by Little Brown’s Dialogue Books.

Found on the web at: www.irenosenokojie.com