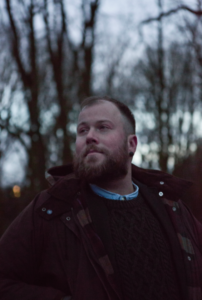 Originally from the American South, J. Fergus Evans is a Bristol-based writer and theatre-maker. Fergus has received commissions from some of the UK’s leading arts organisations including The Lowry, Contact, Battersea Arts Centre and Apples and Snakes. He has toured to venues across the country and performed at a number of festivals including Latitude and The Big Chill. He regularly performs at live literature events such as Polari Salon and Queer’say. Fergus is an Associate Artist with the Albany. His debut collection of poetry ‘On Euclid Ave’ was published by Manchester-based Flapjack Press. In 2015 Fergus was chosen to be part of NWS10, a writer development scheme delivered by New Writing South. It was then that he began experimenting with short fiction.

Found on the web at: www.jfergusevans.com