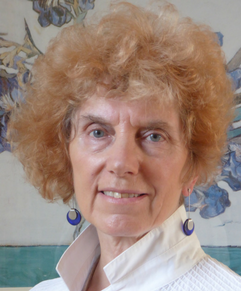 Janet was born and grew up in the North East of England, got her political education in Scotland and now lives in London. She also has roots in India, and her experience of life there has influenced her work.

Ten of her stories have appeared in print anthologies. ‘The Map of Bihar was published both in the UK (Earlyworks Press) and in the USA (Hopewell Publications), where it appeared in ‘Best New Writing 2013’ and was nominated for the Eric Hoffer prize for prose. ‘The Work of Lesser-Known Artists’ was a runner-up in the London Short Story Competition 2014, and appeared in ‘Flamingo Land’ (Flight Press, 2015). ‘The Queen of Campbeltown’ appeared in ‘The Ball of the Future’ (Earlyworks Press 2016).

Several of her stories have been published by online literary journals, including the Bombay Literary Magazine, Out of Print, Joao Roque and the Indian Review.

Janet has had commendations and listings in the Fish International and Fabula Press Nivalis competitions, among others. ‘A Tadge to Your Left’ was shortlisted in the Ilkley Literature Festival 2017. She is currently working on a play based on the stories of the Indo-Pakistani author, Saadat Hasan Manto. When she isn’t writing, she teaches yoga.