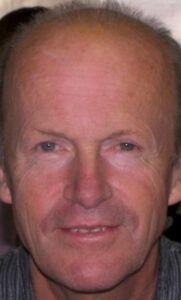 Jim Crace was born in Hertfordshire in 1946. He read English Literature at London University and worked for VSO in Sudan as an assistant in Sudanese educational television. He began writing fiction in 1974 and his first story, Annie, California Plates, was published by the New Review. He became Writer in Residence at the Midlands Arts Centre and in 1983 he directed the first Birmingham Festival of Readers and Writers.

His first book, Continent (1986), won the Whitbread First Novel Award, the Guardian Fiction Prize and the David Higham Prize for Fiction. His fourth novel, Signals of Distress (1994) won the Winifred Holtby Memorial Prize. Quarantine (1997) was shortlisted for the Booker Prize for Fiction. Being Dead (1999) won the Whitbread Novel Award, the National Book Critics’ Circle Fiction Award (USA) and was shortlisted for the International IMPAC Dublin Literary Award. He was awarded the E. M. Forster Award by the American Academy of Arts and Letters in 1992 and became a Fellow of the Royal Society of Literature in 1999.