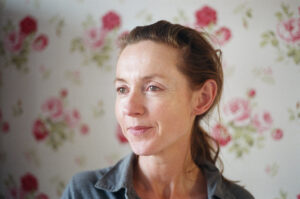 Kirsty Gunn published her first novel with Faber in 1994 and since then has written five works of fiction and three short story collections. Translated in over twelve territories, and widely anthologised, her books have been broadcast, turned into film and dance theatre, and are the recipient of various prizes and awards, including Scottish Book of the Year 1997. A regular contributor to a range of international newspapers and magazines, she is also Professor of Writing Practice and Study at the University of Dundee, where she established and directs the writing programme. She lives in London and Scotland with her husband and two daughters.