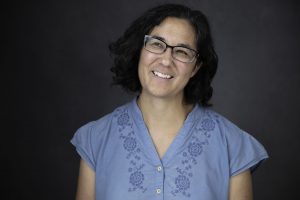 Melissa Fu grew up in Northern New Mexico and moved to Cambridge, UK in 2006. With backgrounds in physics and English, she spent many years working in education, both as a teacher and a curriculum consultant. Melissa was the regional winner of the Words and Women 2016 Prose Competition and was a 2017 Apprentice with the London-based Word Factory. Her work appears in several publications including The Lonely Crowd, International Literature Showcase, Bare Fiction, Wasafiri Online, and The Nottingham Review. In 2019, her debut poetry pamphlet, Falling Outside Eden, will be published by the Hedgehog Poetry Press. Melissa was awarded an Arts Council England Developing Your Creative Practice grant to work on her first novel and is the 2018/2019 David TK Wong Fellow at the University of East Anglia. Her debut novel Peach Blossom Spring will be published in January 2022.

Found on the web at: www.spillingtheink.com