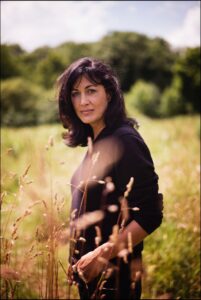 Polly Samson is the author of two highly acclaimed story collections and a novel, Out of the Picture, which was shortlisted for the Authors’ Club First Novel Award. Her most recent linked story collection, Perfect Lives, was a Sunday Times Fiction Choice of the Year and was read on BBC Radio 4. She has been shortlisted for the VS Pritchett Memorial Prize and The Edge Hill Short Story Prize. She recently wrote the introduction to Daphne du Maurier’s The Doll: Short Stories. She has written lyrics for three bestselling albums and was a Costa Book Awards judge in 2007. Polly Samson’s second novel, The Kindness, has been picked out by the Independent on Sunday and Harper’s Bazaar as a fiction highlight for 2015.

Found on the web at: www.pollysamson.com