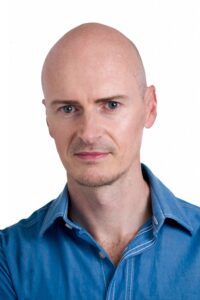 S.J. Naudé grew up in South Africa. He studied at Cambridge University, was a Fulbright Scholar at Columbia University and practised law in New York and London for many years. His collection of stories, The Alphabet of Birds, won multiple awards, including the South African Literary Award for best debut work, and it will be published in Dutch and French in 2015/6. His work has also appeared in Granta and journals in the US and the Netherlands. He was awarded the 2014 Jan Rabie & Marjorie Wallace Writers’ Scholarship, the largest award for creative writing in South Africa. He currently lives in Cape Town.