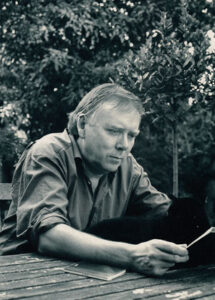 William Palmer’s collection of short stories, Four Last Things, has been recently reissued by Random House. His stories have been in many literary magazines and have been broadcast on BBC Radio 3 and 4. He is the author of six novels, the latest of which, The Devil is White, was published by Jonathan Cape in 2013. He has also published three collections of poems. In addition to writing he has done much teaching: he was Writing Fellow at the University of Birmingham, 2000-2003, at the University of Warwick, 2005-2007, and at King’s College, London, 2011-2012. He reviews regularly for several journals, including the Independent.

Found on the web at: www.williampalmer.info/about.php