Lucy Caldwell on Irish Writing: “I’m Interested in Cracks in the Facade” 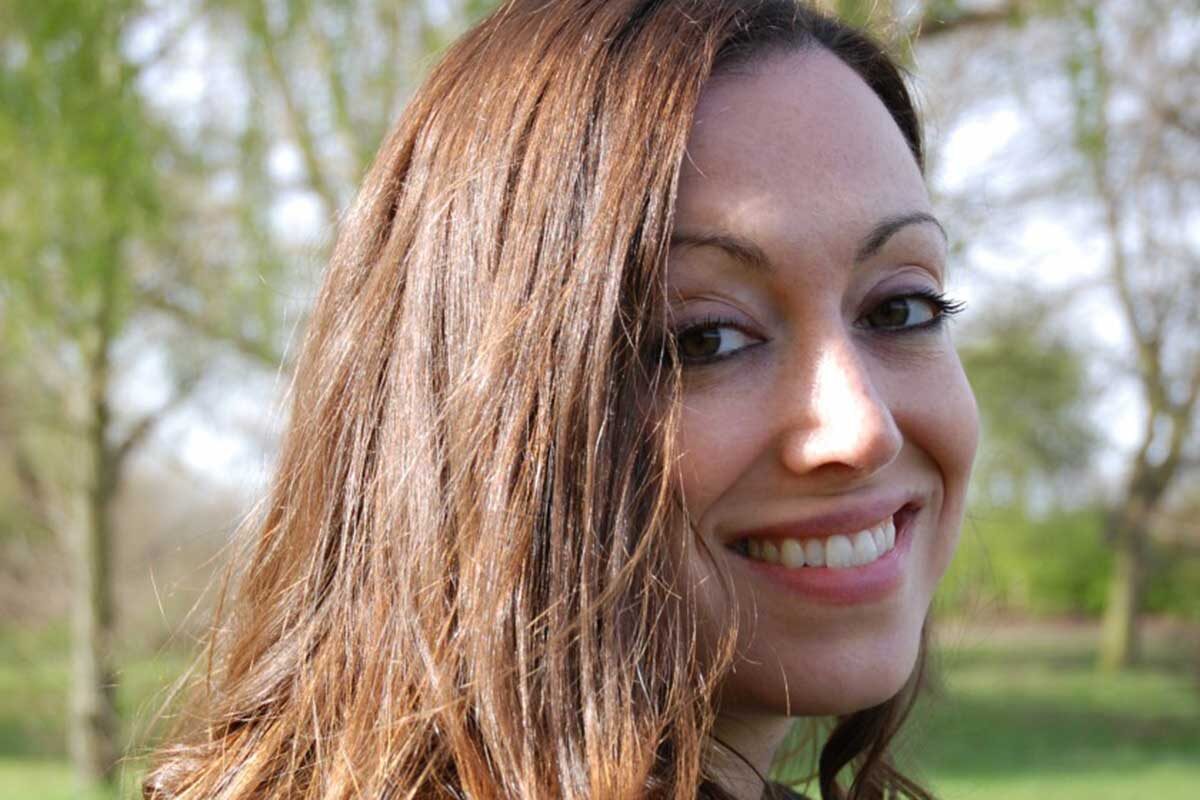 Novelist, playwright and editor of “Being Various: New Irish Short Stories” Lucy Caldwell on the contradictions of national literature.

What did you want to capture about Irish writing with Being Various?

In a word — or technically two — its variousness. David Marcus, the founding editor of the Faber series (of which this is the sixth) saw the energy of his anthologies as coming from the juxtaposition of brand-new writers alongside established and lauded names, so that was my first guiding principle.

My second, which was my decision, was to focus on writers who began to publish after the Good Friday Agreement. It changed everything for my generation, and for the North, allowing us, for the first time, a plurality of identity; opening the way both practically and psychologically for a new sort of Irish identity.

This seemed entirely in keeping with the Marcus spirit. Ireland, both North and South, has undergone seismic change in the last couple of decades, in so many ways. I think that is a major factor in the ‘golden age’ of writing we’re currently seeing. I wanted to capture some of that multiplicity, that new and giddy sense of possibility in twenty-first century Ireland.

Is the collection more about consolidating components of Irish identity or challenging them?

In keeping with the spirit of the title: both! It was very important to me to have some of the real heavyweights of the contemporary Irish writing world — Kevin Barry, Eimear McBride — alongside the most lauded newcomers, such as Sally Rooney and Danielle McLaughlin, and I wanted to set alongside them the new voices and perspectives of writers born to Irish parents outside of Ireland, like Kit de Waal, and writers who have come to Ireland from elsewhere, like Melatu Uche Okorie and Yan Ge, who are challenging, in subject matter and form, what we think of as an “Irish” story.

I also wanted to include writers who are often left out of so-called “literary” anthologies — representatives of the brilliant crime writing that’s come from the North of Ireland especially, in recent decades, and of young adult fiction, where some of the thorniest questions about bodily autonomy are being tackled.

I wanted to consolidate the work that anthologies such as New Island’s beautiful and important The Long Gaze Back and The Glass Shore have done in recent years, restoring women to the heart of the Irish canon, and I wanted Northern writers, so often left out of “Irish” lists, to be well-represented, too. I wanted the anthology as a whole to be a snapshot, a celebration, a provocation, and a challenge.

Does it make sense to talk about a ‘national literature’ — and who determines what it looks like?

I feel immediately and instinctively uneasy about talking about “a” national literature, singular. I’m always far more interested in the cracks in a façade; the irregularities, the contradictions and complexities of any so-called “national” anything. But yet the term is often used, as a short-hand, and at times a useful one, for the literary front that a place presents to itself, and to the wider world, and so it’s useful to examine it in the broadest possible context of ‘Irish literature’.

At Cuirt Festival recently, outside one of Galway’s main bookshops, they had a postcard stand selling that famous old picture of “Ireland’s Writers” — you know the one I mean; Joyce and Beckett and Behan and Kavanagh etc., in brown and sepia. I couldn’t believe, after all of the conversations of recent years about the problematic aspects of the Irish ‘canon’, that this still had pride of place in an otherwise brilliant bookshop.

When I signed my first book deal, my sisters made me a card using that picture — they found a suitably serious-looking photo of me and stuck me in just under Wilde’s shoulder, with my name neatly Tippexed in. They intended it as a joke, but that card has lived on my noticeboard ever since, a reminder of how much we’ve neglected or disparaged or forgotten our female writers, whilst building whole industries on the men.

And that’s just one problematic aspect of a ‘national literature’. When we talk about what a ‘national literature’ might be, we have to remember it’s not a final, static thing, or something to be settled once and for all; it has to be an ongoing, roving, questing conversation — of which this anthology, and the series of which it’s the sixth iteration, are just a small part.

I was very aware as I curated the collection of just how political the act of editing an anthology is. The more diverse, the wider the range of curators, editors, ‘gatekeepers’, for want of a better word, the richer and more complex and beautifully contradictory and multitudinous the picture will be. And to return again to the word “national”: it felt crucial, at a time of rising right-wing rhetoric, when the mainstream media seems ever more intent on normalising the ugliest types of nationalist and neo-fascist sentiment, to make a gesture of openness and inclusivity.

How is fiction bound up with the politics of national identity?

The best and most succinct answer I’ve heard to this question recently comes from one of the anthology’s contributors, Darran Anderson, author of the forthcoming Inventory (Chatto and Windus, 2019). In an interview with the Guardian he said of the border between North and South Ireland: “I live in England now, and when people ask me about it and talk in political terms, I always emphasise how psychological its presence was and remains. It’s just a fiction with the weight of a state behind it to try and make it seem real.”

You could also ask one of the very fine Northern crime writers, Stuart Neville and Adrian McKinty, represented in this anthology. In the absence of a formal Truth and Reconciliation Commission, the importance of the crime-writing scene in the North, and the way its writers have confronted the political violence of the past, and tackled the issue of the border specifically, has long been under-, if not unacknowledged.

Or you could ask Arja Kajermo, the Finnish-born writer who has lived in Ireland for four decades, twice as long as she ever lived in Scandinavia, has raised three Irish children, and is still, she says, not considered “Irish” even in the loosest double-barrelled sort of a way. Her story has many a killer line about the hierarchies of immigrant communities.

In fact, any one of the stories would have subtle and illuminating things to say. It’s the joy of an anthology becoming more than the sum of its parts: its stories talk to each other: augment and contradict each other, clarify and complicate the picture at the same time.

You write that Ireland is going through a ‘golden age’ of writing. Why do you think so many interesting voices are coming out of Ireland right now?

The two decades that have passed since the Troubles officially ended: people finally able to tell stories that they just couldn’t have told during the conflict. The immense social change, as witnessed by the recent Referendum results in the Republic. The bravery of the first few handful of people to tell their deeply personal stories, and break the stigma of shame. The role of The Stinging Fly magazine and press — this cannot be overstated — and of their first story collection, Kevin Barry’s There Are Little Kingdoms, which blew the short story open.

The amount of small presses and magazines run by passionate and dedicated readers, writers and editors. The fact that ‘a rising tide lifts all ships’; the feeling of being spurred on by the achievements of one’s peers. The sense that we’re finally about to, or starting to hear the voices of the so-called ‘New Irish’ — immigrants, or the children of immigrants — after generations of being defined by emigration. And these are just a few of the possibilities. It isn’t any one of them; it’s somehow the energy generated by all of them together.

Are there any topics that you feel aren’t being written about in Ireland and should be?

In the introduction to the anthology, I acknowledge the work being done by historians such as Catherine Corless and activists such as Colm O’Gorman, bringing and keeping stories — such as the deaths of babies at the Bon Secours Mother and Baby home in Tuam, Galway, and clerical sexual abuse of children — into the public eye. These are all things that were known for years, without being publicly acknowledged.

The Same-Sex Marriage Referendum and the Abortion Referendum in Ireland lead to many people sharing their stories — indeed, I believe both referendums were won by the deluge of personal stories that came out. Essayists such as Sinéad Gleeson — who also has a fine story in the anthology — and Emilie Pine have written in the last year or so about women’s bodies in a way that feels new, though both, of course, acknowledge their debt to Nuala O’Faolain’s Are You Somebody? which still feels so ahead of its time.

But I think the most important omission has been the weaving of immigrant voices into the fabric of Irish life — and the voices of writers born here to parents, or a parent, from elsewhere, with a refreshing sense of mixed cultural heritage. We’re on the verge of that changing, which is very exciting; I think that will bring a whole new energy to Irish fiction.

Who are some brilliant new Irish writers we should know about?

Aside from the 24 writers in my anthology, here are some others — and it’s once again testament to the strength of Irish writing that I can pick them almost completely at random. I’m looking forward to Lucy Sweeney Byrne’s debut Paris Syndrome, forthcoming, I believe, this autumn with Banshee. I love what I’ve read of her writing, and I can confidently say I love her collection on its title alone.

June Caldwell (no relation)’s collection Room Little Darker was electrifying and disturbing, and I have high hopes for the work of young Belfast writer Michael Nolan, who also co-edits the literary magazine The Tangerine. Indeed, most of my other recommendations would be Northern: the scabrous wit of avowed short story writers Rosemary Jenkinson, the subtle, gentle stories of Bernie McGill and I love the way Roisin O’Donnell plays with reinvigorating old myths.