Review of Animals At Night by Naomi Booth 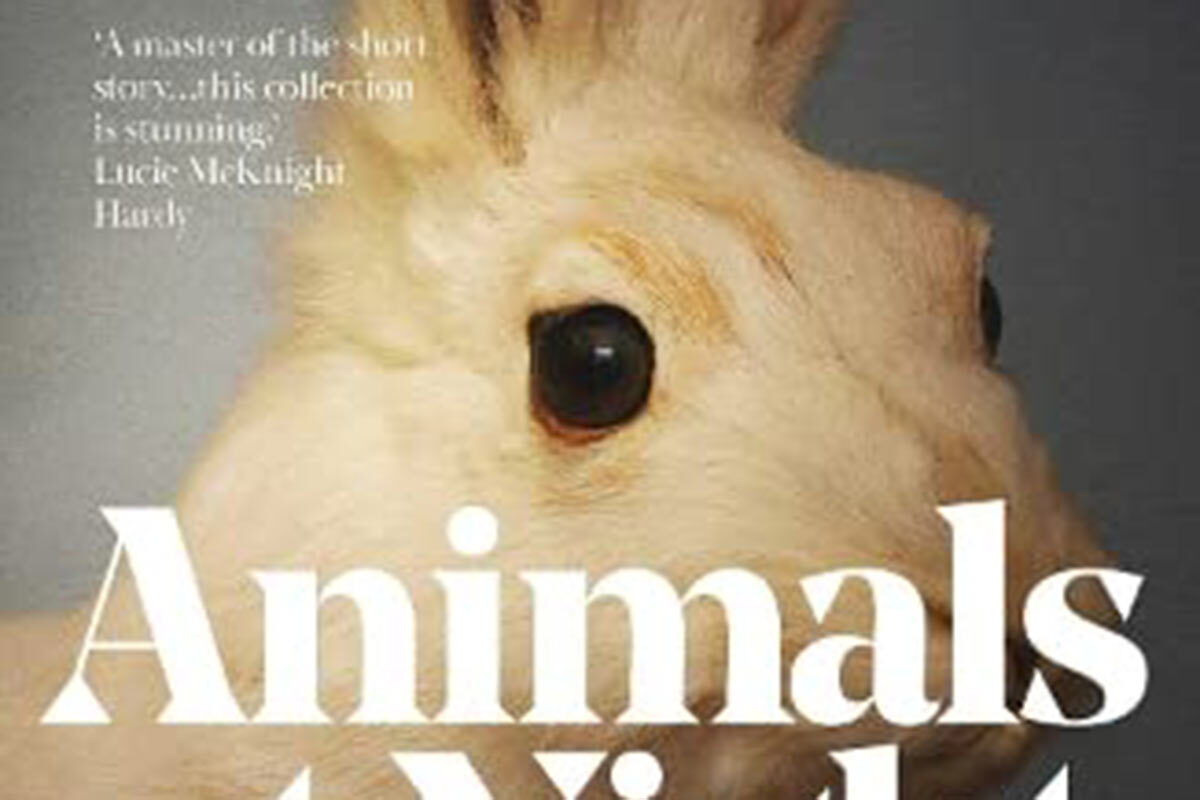 Hovering at the window above a Leeds sidestreet late at night, a young mother, breastfeeding her new baby, feels that while her “days feel like waking dreams,” her “new nocturnal world” is “insistent and intimate”. With this, the narrator of Cluster captures the heady eeriness of Naomi Booth’s first short story collection, Animals at Night. The stories, imbued with a dreamlike yet precise intensity, follow women at various stages of life but whose anxieties, troubles, and experiences tie them together. Most are mothers (many first-timers) struggling in one way or another with that most complex of roles, and the vast majority, either subtly or overtly, have their paths crossed by animals. Whether it’s the animal noises of city nights, a dying hare at the side of the road, a jellyfish stranded on a windswept beach, or caterpillars undertaking their transformation to butterflies inside someone’s home, Booth unites the animalistic with the deeply human, questioning where the boundaries are blurred as she goes.

The collection gets off to a suitably strong start. Strangers is exactly that: an eerily strange, melancholy, and darkly comic tale of a middle-aged woman, Liz, collecting her mother’s body from the morgue to take her on a camper-van road trip around England, visiting people and places important to them both, before hand-digging her grave and burying her to “feed the earth”. In the engrossing first-person, present-tense prose threaded through most of the collection, Liz reminisces on the complex relationship she had with her mother, with some of Booth’s most impressive and nuanced lines—“Mum’s laugh—a bolt of lightning that might illuminate a room or strike you down”—testifying to her literary capability in the opening pages. It is most certainly memorable but not in the way one might expect. Booth does not rely on the all-too-easy shock factor which would lend itself to a story about a corpse. Instead, Strangers works so well because it is firmly anchored in the themes of all the strongest stories in the collection — familial bonds, mother-daughter relationships, the body, and life and death. At the heart of this story, though, are the relationships between women. Family and old friends make appearances, each with their own complicated relationship to Liz, Doris, or both. In barely more than twenty pages, Booth manages to capture the layered combination of love and pain in fractious relationships too often flattened in portrayals of women in fiction.

Such as is the case with Cluster, Booth explores the parallels between human-animal relationships and motherhood throughout much of the collection, with experiences of intimacy and alienation sitting uncomfortably close. In Tell Me What You Like, a woman reminisces on the “visceral pleasures” of caring for her son’s “small body” whilst fleeing her current life, driving as fast as she can to “feel most animal.” A young single mother in Clean Work brings in pest control to deal with a rat living in her walls, while another young mother in The Chrysalides struggles to explain the processes of life and death to her toddler daughter as they watch caterpillars transform into butterflies in their own home. In the titular story, Animals at Night, two sets of young parents, formerly university friends, undertake a long weekend stay in the country together with their two toddlers. While one set of parents appear laid-back and relaxed, the other set are anxious, with the mother, Ayesha, clearly overwhelmed by her responsibilities to her young daughter. The intimacy of their bond is clear as she feels the “animal heat of feeding an infant”.

Yet, this is struck against a feeling of dread and alienation from everyone else, including her partner, as Ayesha senses “in every wonderful moment, that they are teetering on the brink of something terrible” and that the way she loves her daughter “is a kind of catastrophe.” All together, the group happen across a hare at the side of the road, maimed but still alive. While the others seem quick to forget it, Ayesha fixates on the hare, ultimately leaving the others during the night to find it and finish it off.

Utilising interspecies interaction, Booth carefully renders the harsh realities of motherhood — giving over one’s body to grow another, the physical act of breastfeeding as animal instinct, isolation, sacrifice, and mortality. This story presents the extended metaphor of motherhood as an animal act at its most striking and is the strongest of Booth’s themes across the collection.

Indeed, the collection rarely falls flat, and there are only a couple of stories which somewhat miss the mark. Forever Chemicals, the account of a burgeoning teenage relationship, lacks some of the emotional depth of its surrounding stories, and the brief Plausible Objects and Intermittent Visual Disturbances are more akin to developing thought experiments than fully fleshed-out narratives. These stories also belong to the minority not exploring motherhood, however the remainder of this selection are of Booth’s usual quality. The particularly strong folkloric final story, Sour Hall, sees a young woman, Ashleigh, trying to come to terms with a traumatic miscarriage whilst haunted by an apparent poltergeist in one of her farm’s outbuildings. The story’s eerie, chilling atmosphere perfectly supports its themes of inheritance, loss, and guilt, revealing Ashleigh’s past at a perfect pace. Through the majority of the collection, Booth rarely takes the easy line. Instead, she engages the reader in narratives not easily tied up or resolved, but which often remain open-ended, setting up nuanced and philosophical questions about the female experience, mortality, morality, bodily autonomy, and one’s place in the world and the animal kingdom.

Booth’s first short story collection is most certainly accomplished in its lyricism and memorable for its ingenuity. Bringing with it the meditations on motherhood, psychology, and fraught relationships of her previous works of fiction, she puts a fresh spin on her themes. Poetic in its prose, darkly-comic, and beautiful and tragic in equal measure, Animals at Night will not only stick with you but will have you looking at the creatures you encounter in a whole new way.

Aspen Pattinson is a publishing professional, English Literature graduate, and freelance writer. She grew up in North Yorkshire and now spends her time between London and Edinburgh. When not reading and reviewing, she can be found working on the re-launch of her online magazine.