Review of We Move by Gurnaik Johal 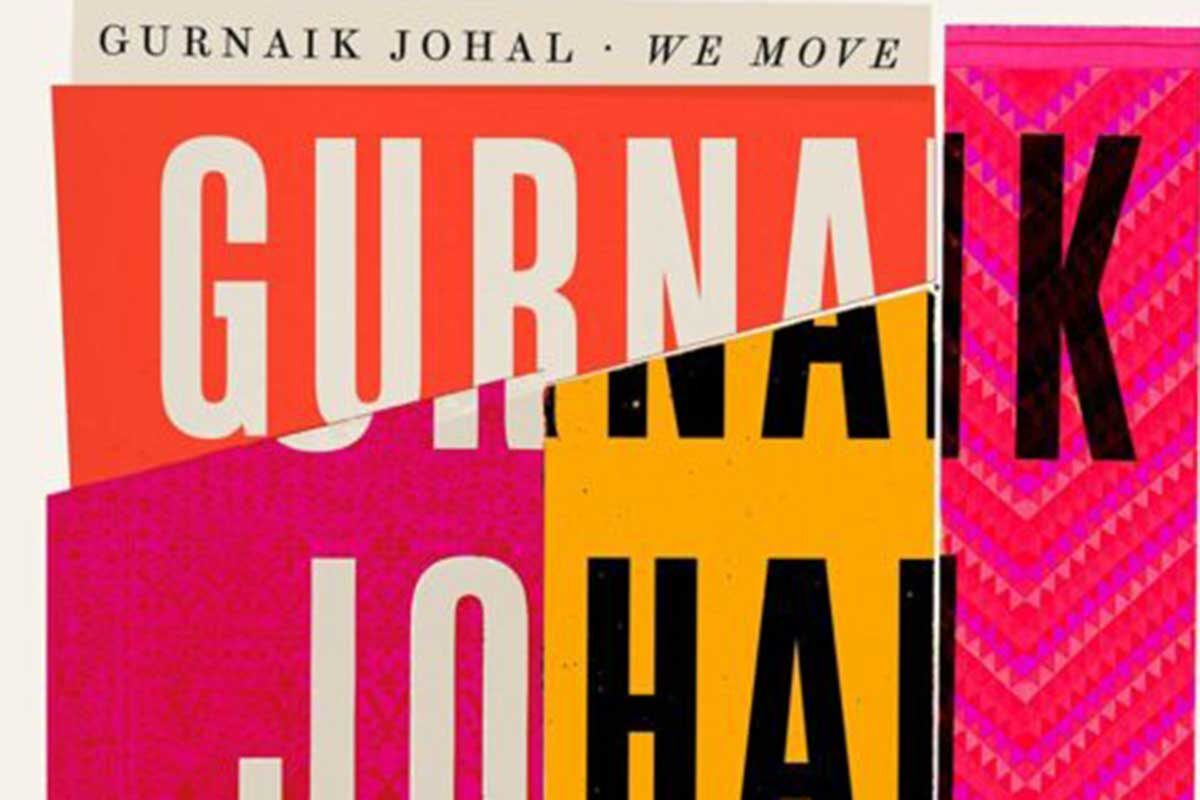 It’s always really exciting, as a short story-lover, when you see a collection generating a real buzz online. Particularly when that collection is by a debut author. That’s why I was so pleased to see We Move by Gurnaik Johal (published by Serpent’s Tail in 2022) making waves. Johal was born in west London, and all of the stories in this collection map the lives of the capital’s multicultural residents, zeroing in on an area you feel Johal knows intimately and completely. Beneath the criss-crossing planes taking off from and touching down in Heathrow Airport, the characters dip in and out of each other’s stories, weaving a tapestry that feels rich, developed and down-to-the-bones believable.

Johal won the Galley Beggars Short Story Prize in 2021 with the collection’s stellar opener, ‘Arrival’, which stands out as a highlight. In what is ultimately a love story, we follow Chetan and Aanshi, who live so close to the airport that friends are always using their drive as a parking space. When one such friend, Divya, doesn’t come back to collect her vehicle, the couple finds themselves enjoying a new sense of freedom thanks to the car, experiencing a freshness to their relationship that lasts even after the car is reclaimed. It’s a strong beginning to what is a robust and confident collection, its concerns ranging from the Southall Riots of the 1980s to the politics of food (in ‘Chapata: Kaam’, chef Aman expresses her desire to overcome “what she called the ‘mango-fetish’ westerners had when it came to Indian culture – you only had to wait so long, she said, when reading a western story about India, to come across a mango, a railway, or a spiritual reawakening”).

Another stand-out is the achingly beautiful ‘The Piano’, tucked away in an unassuming position in the middle of the collection. In the story, bereaved widower Reggie moves his wife Vi’s piano out into the street, hoping someone will play it. The narrative unfolds like a multi-layered melody, showing us the myriad of reactions to the piano’s presence (Amrit complains about the noise, Mo clumsily plays the intro to ‘Still DRE’). In the process, the story allows us to revisit characters we’ve already met as well as introducing us to new ones. For me, it encapsulates everything that We Move does right: we get the sense of lives interlocking, merging and diverging, echoing the very nature of complicated, chaotic London itself.

In places, the connections between stories are more overt. ‘Chatpata: Kaam’, ‘Chatpata: Ahankar’ and ‘Chatpata: Moh’ form a sequence all following the same family, lending the collection a backbone and sense of structure. We follow father Jagmeet’s secret history and struggles with his sexuality against the backdrop of the 1984 anti-Sikh riots, eldest daughter Aman’s journey to chef and cookbook author, and youngest daughter Simran’s complicated relationship with her heritage. Though the effect of linking these three stories together deepens our understanding of the characters, I couldn’t help but want even more at the culmination, feeling that there was something in the centre that was missing or had been left unsaid. Or perhaps this effect works when considered as part of the collection as a whole: how much do we ever really know about the lives of others, as outsiders looking in? “Communities are hard to convey in single narratives,” says Johal, speaking to the Guardian. “How can our messy, interlinked lives fit into a clean narrative arc?” The Chatpata trilogy perhaps doesn’t try to do this, but instead just lays out the components of the story for us, like the ingredients of one of Aman’s recipes, and says – “compile them how you wish”.

There is an inevitable harshness to the collection, touching as it does on the anti-Sikh riots of 1984 and the Southall race riots. ‘SYM’ (inspired by the Kano song of the same name), is about the Southall Youth Movement, written in stream-of-consciousness style that is peppered with gut punches: “whites spitting in his lunch, lines in detention – I will not speak Punjabi in class, I will not speak”. It’s a very brief story that nevertheless invites you to linger, to consider, to think.

Ultimately though, this is a collection that feels hopeful. Love peppers its pages: in ‘Leave to Remain’, there’s the tenderness of Gujan towards his Baba, as the old man steps out of his flat above the chicken shop for the only time in years to give him a tour of how his neighbourhood once looked. Then there’s Miriam and Mont in the excellent ‘Be More Roy’, forging a powerful friendship at Greenfield Care Home, hopeful as their lives wind to a close. Nowhere is this optimism better demonstrated than in ‘We Move’ – the collection’s titular story and its triumphant closer. It follows the tumultuous relationship between Lata and David, two childhood friends negotiating the confusion of adulthood and the changing nature of what they mean to each other. It’s music that brings them back together in the end, music that denotes a shared history, compelling them to dance. “The music changed and something familiar returned. Came back to him in waves, a song from their childhood. […] David rose and moved with her, retreading those old steps muscles memory kicking in. […] they danced, they dance.”

It’s a powerful closing image, not just for the story, but the collection as a whole. The music is always changing, our stories are always evolving, shadows of the past stretching and retreating. “’We Move’ means to stay hopeful, regardless of your circumstances”, Johal explains. “The characters here – who all happen to come from immigrant families – do just that.”

Amy Stewart is a writer living in the Scottish Borders. Her work appears in Test Signal, an anthology of new northern writing from Dead Ink Books and Bloomsbury, and a number of journals including Ellipsis Zine and Visual Verse. In 2021, she won the New Writing North & Word Factory Northern Apprentice Award and in 2022, she won the Mairtín Crawford Prize for Short Story. Amy is currently studying for a PhD at the University of Sheffield and working on her debut short story collection. She is represented by Marilia Savvides at 42.