Sophie Haydock: “discovering an idea is like falling in love” 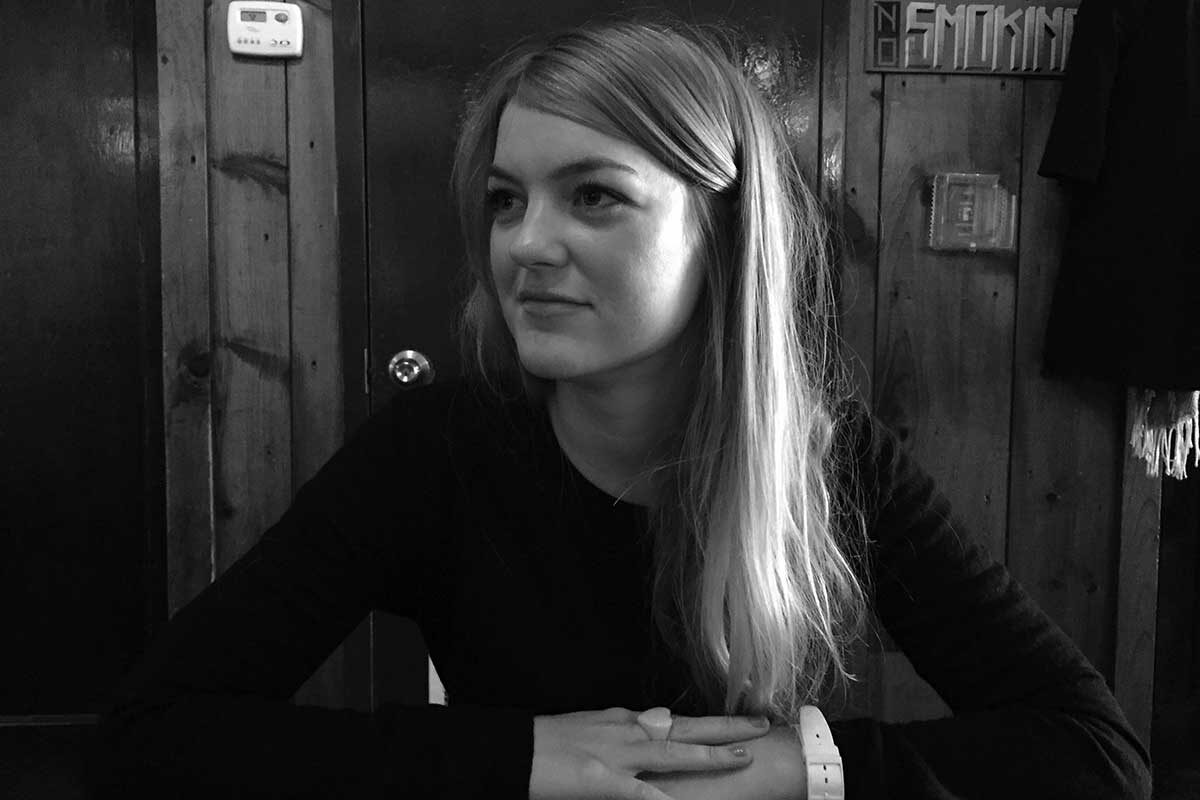 Journalist, author and associate director of the Word Factor Sophie Haydock has just signed a major publishing deal for her debut novel The Flames, which follows the lives of the four women who posed for the artist Egon Schiele. She tells us about breathing life into history and why finding an idea is like falling in love.

What made you want to write?

I’m addicted to storytelling. I’m a freelance journalist and the stories I gravitate to tell are always uniquely personal, intense and life affirming. I’ve interviewed incredible people — such as a 106-year-old man who became the oldest in the world to ride a roller coaster, a fireman who saved a child who got trapped in a safe during a game of hide and seek, or a young woman who survived falling into crocodile-infested waters after her bungee cord snapped.

I adore getting close to people, understanding their perspectives and motivations, their fears, failures and successes. Fictional storytelling, especially historical fiction, where the characters are people who actually existed, isn’t far from that. As a writer, I enjoy breathing life into the bone-structure of “true” stories. It is such an honour to see through other people’s eyes and be a conduit for the arcs of their lives. I’ve felt very connected in this way to Vally Neuzil, Edith and Adele Harms and Gertrude Schiele in The Flames.

How do you stay motivated?

I set myself deadlines and do my best to keep them. Everyone struggles with time management and actually getting things done as they juggle one hundred things on their to-do lists. Making time to be creative can feel like a luxury. I try to bear in mind that I don’t have all the time in the world. And I work hard to harness my time for things that really matter. I remind myself that it’s a pleasure to have space, in that moment, to work on projects I believe in. I’m aware that not everyone has that privilege — and I’d like to see that change.

What is your solution when faced with writer’s block?

Since I began writing fiction intensely, I’ve taken up running. Getting out into nature, listening to music or a podcast (it’s currently Elizabeth Day’s How to Fail) and the incremental achievements of hitting a 5k or 10k goal really helps when I sit back down and am faced with my manuscript. Running helps you develop a kind of slow-build persistence, too, which is a great attitude when faced with a monumental project such as writing and editing a book. The more I write, the further I seem to run. I’ve now completed three marathons! And the closer I get to a deadline, the faster I get.

Do you have a writing routine? Where do you write and how do you create writing time?

The most important creative lesson I discovered while working on The Flames was to say “no” and be selfish with and protective of my time. It was very hard for me. There were lots of friends I couldn’t see, trips I couldn’t make and lunches I had to skip. But limiting interruptions and distractions is the only way to have enough head-space to navigate such a mammoth project and to live with the characters in a meaningful way. In terms of a routine, I’m like most writers. I like peace and quiet, a natural setting, getting up early to write in “borrowed” time, endless cups of tea, crumpets and Creme Eggs — and a snoring cat by my side.

I really enjoy editing. I take a pleasure in tightening ideas, polishing sentences, cutting chapters back to their core essentials, and, on a more microscopic level, nit-picking over the grammar in my manuscript. I could easily get obsessed with searching out misplaced apostrophes. My novel is relatively unusual in that it is comprised of four parts. Each section shows the perspective of one woman who modelled for Egon Schiele. Each is fairly contained, so it’s easier to be ruthless with and go deep into a shorter section of around 25,000 words. Nevertheless, it’s still essential for each story to successfully weave with the others and for the book to hold together as one compelling narrative. That was a challenge, at times.

Where did the idea for the novel come from?

Discovering the idea for this novel felt very much like falling in love. It came totally out of the blue, and struck me like a thunderbolt. I knew straight away that I’d give my heart to the women whose names I first stumbled across in the Courtauld Gallery in London, during an exhibition of Egon Schiele’s work back in 2015 — and that I’d be willing to lose many years of my life to immersing myself in their stories.

It’s very vulnerable as a writer to commit yourself to one idea, one creative direction, as of course, there’s no guarantee that all your hard work will ever pay off. But the process of being curious, of researching and immersing yourself in writing, is reward in itself.

What is the biggest challenge you have faced as a writer and how did you overcome it?

Almost every person I know, and certainly ever writer, is consumed with self-doubt and impostor syndrome. It’s no surprise as the creative process is incredibly challenging and pushes at some very sensitive chambers of the soul. You’d think that winning the Impress Prize for New Writers in 2018 would have helped with that feeling of writerly insecurity, but for me, it only increased it! I thought other people deserved to win more than I did, and felt intense pressure as I realised that I was a prize-winning author for a book that didn’t even fully exist at the time. To overcome it, I just took one day at a time, and told myself to really concentrate on what mattered: writing the story I cared about, carving forgotten female voices out of the silence of history.

What would be your top tip to new writers?

Enter every competition that you can afford to. There are loads of brilliant ones out there, many of them are free. Choose any that suit your genre — and submit to as many as possible over the course of a year. Stop seeing them as competitions you dream of winning and start simply looking at them as deadlines and the chance to sharpen your skills. I think it was Stephen King who suggested aiming for 100 rejections, and I fully subscribe to opening yourself up to rejection in that way, embracing the process. The results can be magical.

How has your work at the Word Factory influenced your writing?

I met Cathy Galvin when she was the deputy editor of the Sunday Times Magazine. She commissioned me, as a young journalist, to write a 3,000-word feature about the joys of foraging for wild food, which was my passion at the time, and the published result was a gigantic boost to my confidence and portfolio. I then gravitated towards her when she co-founded the Sunday Times Short Story Award, and happily worked on short stories that she commissioned from world-renowned writers including Ben Okri, Anthony Doerr and Lionel Shriver. I was bestowed invitations to the award evenings in Cambridge, which were very glamourous affairs.

When Cathy left the Sunday Times and launched her own literary organisation, The Word Factory, I jumped at the opportunity to offer up my services, and was swept further into a magical world of intimate salons, once upon a time held in a tiny bookshop in Soho, and enlightening masterclasses, most of which have taken place at Waterstones Piccadilly.

The Word Factory established such a powerful and dynamic community in the intervening years. It’s nothing short of magical. Zoe Gilbert and I launched the short story club, which spawned some very lively discussions. I went on to become associate director. I certainly wouldn’t have had the confidence to develop into the writer I am today without such unfettered access to world-class authors and a supportive bunch of like-minded aspiring and emerging writers, with whom I’ve shared many frustrations and, joyfully, our successes, too.