To Hope On: A Review of Refugee Tales IV (Edited by David Herd & Anna Pincus) 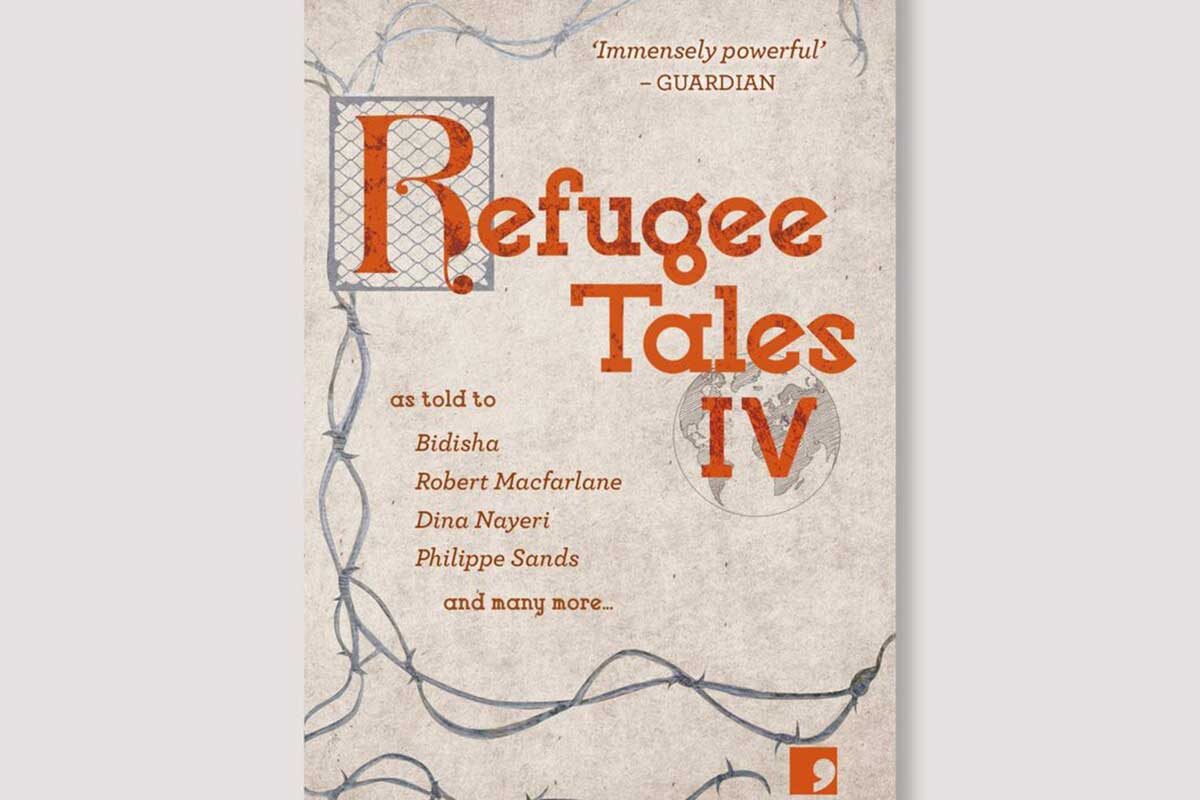 Perhaps you, like me, like millions of other people in the UK, have squinted your eyes at the full scale of injustice that refugees experience landing on our shores. Like many of the hopefuls who arrive in this country, you may have faith that we live in a good country, a fair country, a country that would not incarcerate a desperate person who has come here asking for nothing but humanity. If you wish to continue living this illusion then close this tab. Close your eyes. Do not read Refugee Tales IV. For I can promise that anyone who reads this astonishing volume will never again believe that lie. I recognise that few people reading this page will believe these asylum seekers are inherently illegal, or that they have come here for cynical reasons. But this is an opinion held by many of our citizens, and indeed by our most senior politicians. Having read the accounts of these people’s struggles in Comma’s latest collection of Refugee Tales, it is clear the only breach of justice lies within our warped and cruel immigration system.

I will start by recounting some of the darkest moments in this collection, because I cannot bear to end this piece there. ‘The Stowaway’s Tale’, as told to Amy Sackville, is a heart-wrenching blueprint of what happens to the human soul when violence drives you out of your country and violence is what you are met with on arrival in a new one. The story tells of a young man, forced to leave his country for fear of his life. He leaves his family dead behind him. He secretly boards a container ship but after a week without food he ventures out and is discovered. Upon arriving in the UK the young man is taken straight to prison. He does not know what for. He does not know for how long. As this account, and many others in the collection emphasises, it is this indefinite not-knowing that erodes a person’s hope.

The story takes pains to make clear that asylum seekers do not leave their home because they want to, but rather because they have to: “if people run away from their country, they don’t run away for no reason”. Met with imprisonment and denied medical care, our ‘Stowaway’ repeats the phrase “I don’t see the point” over and over. He doesn’t see the point in detaining innocent people. He doesn’t see the point in having crossed an ocean and left all they know just to be held as a convict: “If I’d had a sign from my country that this was going to happen, I’m not going to get on the ship. I’m just going to die in my country. Yeah. I’m just going to stay there and die.” This sentiment is not only bitterly telling of the effect that indefinite detainment can have on a person’s psyche, but also an important reminder of what these people face in their native countries. Almost every refugee whose story is told in this volume said they feared death if they did not flee their home. They do not come here for such petty things as jobs or universal credit. They come to save their lives.

And yet, in the face of cruelty, this is what our young stowaway says: “anybody that needs help, if I’m in a position to help them then I’m going to help them.” He is not alone in this sentiment. A man who is held in detention camps in Greece for three years, surrounded by other refugees from around the world, learns he is a skilled linguist. He says: “Life in detention is the second university. You can learn a lot in detention that it isn’t possible to learn anywhere else.” He uses his skills to teach English to the children in the camps, and to help others with their legal appeals.

In ‘The Advocate’s Tale’ a migrant who himself experienced indefinite detention writes: “I have made it my business to fight for my brothers and sisters who are still stuck in there with what little means I can.” Again and again, those who have themselves been denied basic humanity show the depth of their strength and kindness. These are people who should be protected.

These are the moments of lightness that sustain this volume. Amongst accounts of suicide attempts, depression, isolation, loneliness, heartbreak, disappointment and injustice, there is — astonishingly — hope. The Translator finds joy in the moments where he and his fellow detainees are let out of their boiling cabins for 30 minutes twice a day, and he and his friends have water fights and dance. He says: “If they take this life from us, we have to care for it ourselves, no matter where we are.” It is the hope that shines through the cracks and crevices of the prisons these people are put in.

Although the front cover of this volume tells only of the British contributors, who transcribed the stories told to them, there are also some stories in the collection told by the asylum seekers themselves. It is also worth mentioning that not all of these stories are based in the UK, this fourth volume of Refugee Tales seeks to highlight the international struggles of migrants, with stories set in Italy, Greece, Switzerland and Canada.

This is a problem that the whole world needs to unite in tackling. But it starts at home, where we can make a difference. In the year ending March 2020, 23,075 people were detained in the UK. That is far too many. Refugee Tales began as a walking project that still goes on today, where groups of migrants and those showing solidarity walk for miles in protest of unjust detention. More information on this, and other ways to get involved, can be found on their website: https://www.refugeetales.org/. All proceeds from book sales go to Gatwick Detainees Welfare Group & Kent Refugee Help. In purchasing this volume, you will take the first steps to a better life for asylum seekers. If the brave people in Refugee Tales IV faced with imprisonment, injustice and inhumanity can find hope, then so must we.

I continue to hope…I hope…to hope on…