What Is A Short Story? 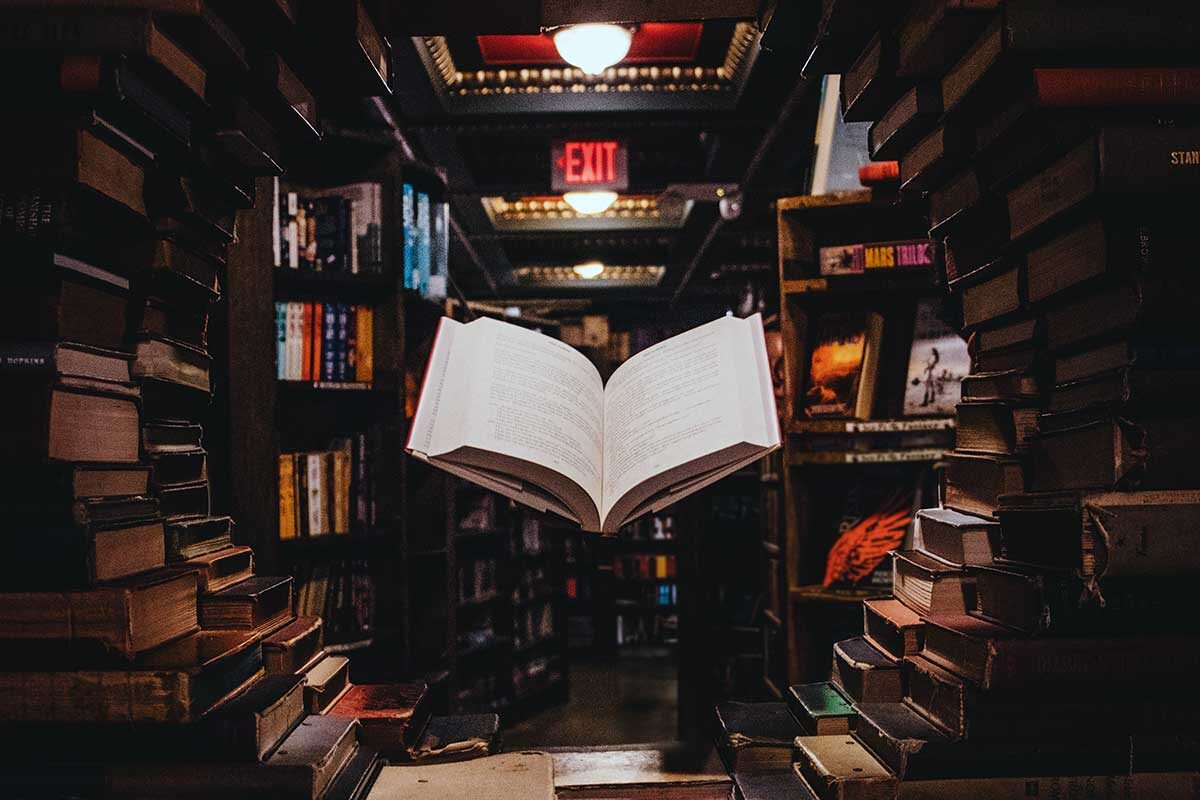 Ever since my first novel, In the Place of Fallen Leaves, was published almost thirty years ago, when invited to name my occupation I have always stated simply novelist.

Which is odd, since I wrote short stories before that novel, and have continued to do so ever since. Most have been written in the margins between novels, in the shadows, and I’ve rarely shared them. Now, as my first collection is published, seems a good moment to explore the difference between working in the long and the short form. Why do we read, or write, one or the other?

The most obvious starting point is time: it’s quicker to write a short story, and to read one, than a novel — and as external life speeds ever on, time seems to be something we have ever less of.

Richard Ford, in the introduction to The Granta Book of the American Short Story, which he edited in 1992, admitted, “I don’t know why people write stories. Raymond Carver said he wrote them because he was drunk a lot and his kids were driving him crazy, and a short story was all he had concentration for. Sometimes, he said, he wrote them in a parked car.”

But shortage of time is an inadequate explanation.

Luisa Valenzuela, the eminent experimental Argentine writer, said in 2001 that for her, “the division is clear. You inhabit another realm when you are writing a novel. It’s like being in love — being ‘in novel.’ On the other hand, I might get a spark or an idea for a story; then I need a certain willpower to start pulling the thread, with the exact tension and patience so as to discover what lies behind the glimpse.”

V.S Pritchett, the prodigious short story writer, also wrote of, “something glimpsed from the corner of the eye, in passing.” William Trevor, too, has said, “I think it [the short story] is the art of the glimpse.”

Isn’t this an enticing endorsement of a form, with its suggestion of furtiveness; even thievery? Raymond Carver’s own self-prescription for the stories he wanted to write was, “Get in, get out. Don’t linger. Go on.” He sounds more like a burglar than a writer, but it could also describe the reader’s frame of mind. Do we not hope, when we begin a short story, to seize some essential truth, some kind of literary plunder?

I forget now who said something along the lines of, “Reading a short story you sneak a peek into a room. Reading a novel you wander around the whole house.” Perhaps readers — of short stories in particular — are people with more curiosity than most. We’re snoops, with ‘an undue interest in the affairs of others,’ (derived from a Dutch verb, snoepen, meaning ‘to eat on the sly.’)

But one wonders whether our motives for reading, or writing, a short story are more than inquisitive. To quote Richard Ford again: “Perhaps there’s a rage for order in certain of us, a fury which nothing but a nice, compact little … story can satisfy.”

Helen Simpson, surely Britain’s preeminent short story writer over the last three decades, declares, “In novels you expand, you elaborate; you explain when, where, how things are happening; you go on and on. You don’t need to do any of that, really, with a short story. You can just skip all the gossipy stuff and go for the jugular.”

A rage, a fury; go for the jugular. I recognise this mentality. One ventures into the creative process like a hunter; in search of a narrative prey, concentrated. But writing a novel one soon gets distracted, and wanders away from the hunt with an attractive character or digressive event that may loop back into the main narrative or just as easily disappear down a cul-de-sac. With a short story one must retain focus until the fugitive tale is fixed upon the page.

In 1967 Dr. Hans Kleinschmidt, a New York psychoanalyst, published an influential essay titled “The Angry Act: The Role of Aggression in Creativity.” Kleinschmidt believed that the relationship between narcissism and creative anger was innate: an artist was someone able to use it, productively rather than neurotically. Kleinschmidt’s patient described in this essay (inadequately disguised as a Southern playwright) was Philip Roth, so one can forgive the analyst a somewhat skewed perspective, but he was building on Freud’s revelation that story-telling is a kind of wish-fulfilling daydream: the ‘hero’ of a story is the ego of the creator.

Two of the most exciting recent short story collections have been fuelled by a rage turned against the body. In Things We Lost in the Fire, Valenzuela’s compatriot Mariana Enriquez has also grappled with the legacy of dictatorship and poverty, with stories of gruesome suffering, much inflicted by characters upon themselves. There is a kinship with the women in a quite different setting, Daisy Johnson’s Fen, whose phantasmagorical transformations feel more closely linked to folk than to political history.

William Trevor, who of course wrote both novels and stories, said that a short story “should be an explosion of truth.” He went on, “Its strength lies in what it leaves out as much as what it puts in… It is concerned with the total exclusion of meaninglessness. Life, on the other hand, is meaningless most of the time. The novel imitates life, where the short story is bony, and cannot wander. It is essential art.”

I think William Trevor, great writer though he was, was quite wrong about this. “Fiction is meant to illuminate, to explode, to refresh,” said John Cheever, whose best short stories — among the best ever written — offer the capaciousness of a novel, the suggestion of a whole world. Flannery O’Connor achieved the same magical quality. “Being short does not mean being slight,” she wrote. “A short story should be long in depth and should give us an experience of meaning.”

This, for me, is what makes a great short story. It is the measure of the artistry of the writer: how much more an attentive reader may find than seems to be there.

Willa Cather wrote of Katherine Mansfield, “She communicates vastly more than she actually writes. One goes back [to The Doll’s House] and runs through the pages to find the text which made one know certain things about Linda or Burnell or Beryl, and the text is not there.”

The same, I realised, is true of all my very favourite stories, like Sonny’s Blues by James Baldwin; After Long Absence by Janette Turner Hospital; The Child Screams and Looks Back at You by Russell Banks.

Put another way, Flannery O’Connor considered that, “A story really isn’t any good unless it successfully resists paraphrase, unless it hangs on and expands in the mind.”

This capaciousness, this depth, or suggestion of more than is on the page, may be barely apparent on a first reading, but a short story offers one of our keenest, yet little remarked, cultural pleasures: rereading.

Anyone with children — or indeed anyone who can remember their own childhood — will know the addictive indulgence of being told the same night-time tale over and over. It’s something only a fool would grow out of.

Ann Charters recommends, in the introduction to her magisterial The Story and its Writer, “Keep a little aloof, a little detached, when reading the second time. Cherish the details of the story’s pattern.”

Such analysis, through growing familiarity with a work of art, is one of life’s bounties. We customarily listen to a new song again (and again); happily rewatch a film, review a painting. But a novel’s length — the time it takes to read a novel — makes such an endeavour unlikely. It’s something we postpone to an imagined old age. I don’t know about you, but personally, I have just once in my life got to the end of a novel and, bamboozled but gripped, turned to page one and started again (with One Hundred Years of Solitude.)

From 2017–2019 I was privileged to run a Reading Round group for the Royal Literary Fund, in Littlemore, Oxford. This entailed selecting two or more pieces of work (customarily a story and a poem, with occasional non-fiction) to read aloud to the group. They had a photocopy to follow while I recited, or they could close their eyes and listen, as they wished. It was a wonderful experience for the readers/listeners, but even more so for me, as in preparation I read and reread countless stories.

To conclude: with a novel, we enter an entire other country, and hand ourselves over. With a short story we sneak across the border to steal what we can, return at dawn with images that tell more than we’d realised.

Or to put it another way, the novel was invented by and for a settled, sedentary society. While the short story remains, to quote John Cheever, “the literature of the nomad.” Next time I renew my passport, I’ll put Novelist and short story writer on it.

Chemistry and other stories by Tim Pears is out now, published by Bloomsbury.