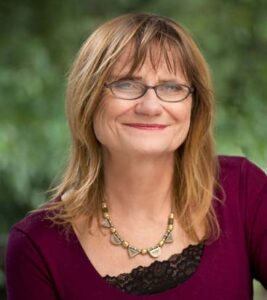 Ailsa Cox was born in the West Midlands but has spent most of her life in North West England. She’s currently based in Liverpool, and is Professor of Short Fiction at Edge Hill University, where she runs the MA Creative Writing.

Ailsa first started writing when she was a child because her teacher said she was good at it. She was hopeless at most other things – art, needlework, PE and so forth, so she stuck to it. But she didn’t show her writing to anyone till she was in her twenties, and joined a writers’ group in Manchester run by Commonword. Later she completed an MA at Lancaster, started publishing and eventually combined her writing with an academic career. Her collection, The Real Louise, was published by Headland Press in 2009. Later stories have been published in various magazines and anthologies, including Best British Stories 2014 and Mechanics’ Institute Review 15.