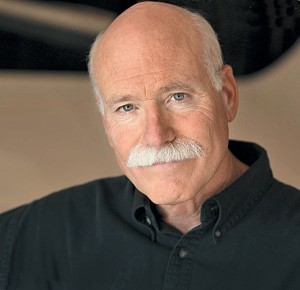 Tobias Wolff is the author of the novels The Barracks Thief and Old School, the memoirs This Boy’s Life and In Pharaoh’s Army, and the short story collections In the Garden of the North American Martyrs, Back in the World, and The Night in Question. His most recent collection of short stories, Our Story Begins, won The Story Prize for 2008. Wolff received a National Medal of the Arts from President Obama in September 2015. Other awards include the PEN/Malamud Award and the Rea Award – both for excellence in the short story – the Los Angeles Times Book Prize, and the PEN/Faulkner Award. He has also been the editor of Best American Short Stories, The Vintage Book of Contemporary American Short Stories, and A Doctor’s Visit: The Short Stories of Anton Chekhov. His work appears regularly in The New Yorker, The Atlantic, Harper’s, and other magazines and literary journals.
Wolff is the Ward W. and Priscilla B. Woods Professor in the School of Humanities and Sciences at Stanford University, where he has taught classes in English and creative writing since 1997. He also served as the director of the Creative Writing Program at Stanford from 2000 to 2002.