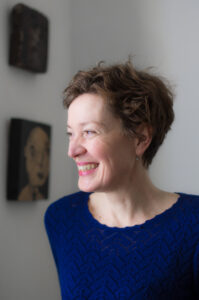 Carys Davies is the author of a novel, West, and two collections of short stories, Some New Ambush and The Redemption of Galen Pike, which won the 2015 Frank O’Connor International Short Story Award and the 2015 Jerwood Fiction Uncovered Prize. She is also the recipient of the Royal Society of Literature’s V.S. Pritchett Prize, the Society of Authors’ Olive Cook Short Story Award, a Northern Writers’ Award, and a Cullman Fellowship at the New York Public Library.

Her short stories have been nominated for many other awards, including the Sunday Times/EFG Short Story Award and the William Trevor/Elizabeth Bowen International Short Story Prize. They have been broadcast on BBC Radio 4, and widely published in magazines and anthologies, including Granta, The Dublin Review, Head Land, Love, Loss & The Lives of Women: 100 Great Short Stories, New Welsh Short Stories, Ploughshares, The Royal Society of Literature Review, and The Stinging Fly. Her non-fiction has appeared in the Daily Telegraph, Granta, The Guardian, The London Evening Standard, Marie Claire, the Sunday Telegraph and The Times. She has curated the short fiction programme at Lancaster Litfest, given talks and taught writing at universities, festivals, literary salons and libraries across the UK and in Ireland. Recent festival appearances include the Cork International Short Story Festival, the London Short Story Festival, the Ottawa International Writers Festival, the Vancouver Writers Festival, and York International Women’s Festival.

Born in Wales, she lives in Lancaster in northwest England.

Found on the web at: www.carysdavies.net​​