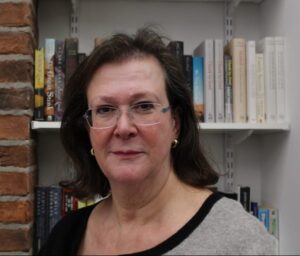 Clare Alexander became a literary agent in 1998 after more than 20 years as a publisher, latterly as Publisher of Viking and Editor-in-chief of Macmillan and Picador. In 1995, she was the editor of the winners of the Booker Prize, the Orange Prize and the Whitbread prize, the first editor ever to achieve this hat trick. As an agent, Clare specializes in literary and commercial fiction, history, biography and memoir. She has been a member of the board of the Orange Prize since 1998, which was rebranded as the Baileys Women’s Prize for Fiction in 2014. She was named Orion Publishing Group Literary Agent of the Year at the 2007 British Book Industry Awards and was awarded the 2008 Kim Scott Walwyn Prize, which honours outstanding achievements by women in publishing.

Although Clare has a large client list and takes on very few new clients, she is always interested in fiction that surprises, delights or moves her to laughter or to tears – preferably both at once. She prefers narrative non-fiction and has no interest in how-to or anything remotely ‘inspirational.’

Found on the web at: www.aitkenalexander.co.uk