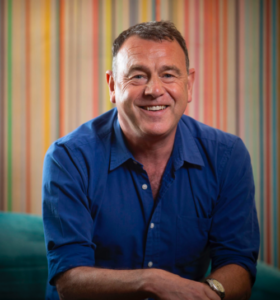 Before co-founding Caskie Mushens in January 2017, Robert Caskie was a senior Agent and COO at Peters Fraser and Dunlop. He joined the agency in 2008 after two years at MacFarlane Chard Associates and six years at Capel & Land Ltd where he developed and expanded his list of bestselling and award winning writers of fiction, non-fiction and journalism. His  clients have included Sarah Winman, Ruby Wax, Celia Imrie, Rev Richard Coles, Julie Burchill, Simon Schama, Monty Don and Mariella Frostrup. In 2015, Robert founded and launched a digital publishing company, ipsobooks, within the PFD group, publishing 40 books in the first year. Before becoming a literary agent Robert worked in film PR in New York and was a founding partner in the 1990s of euphorium restaurant and bakery in Islington.

Found on the web at: www.caskiemushens.com